Does The Obama-Clinton State Department Know What It's Doing?

The United States is blessed with geographic isolation.  It can play its international manipulations, make all sorts of mistakes without affecting the day-to-day security of its citizens. 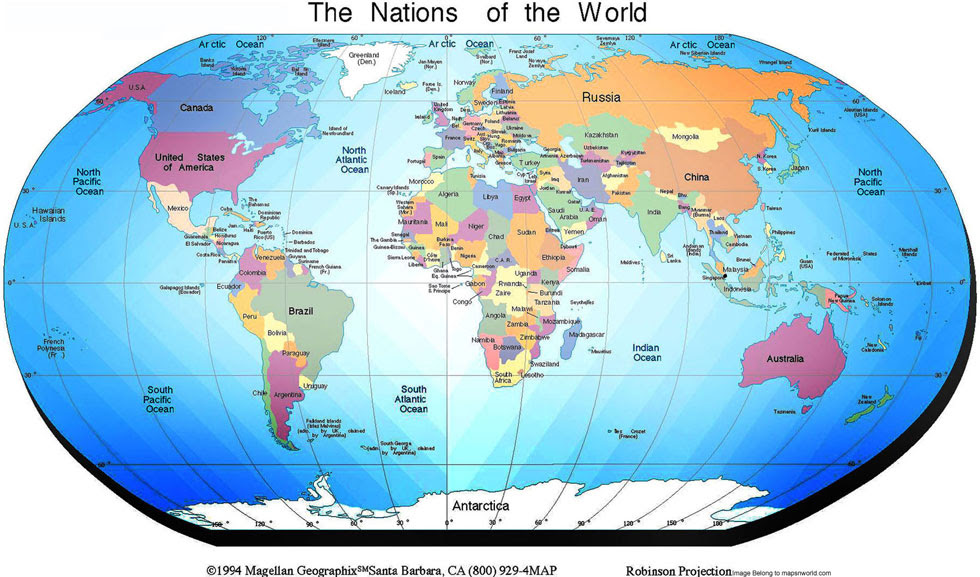 If its military aid to Lebanon becomes the tools of death and destruction, residents of Omaha, Chicago, Los Angeles, New York etc aren't touched.  If its Afghan policy becomes a boomerang disaster, the residents of Maine, Miami, Cleveland, Hollywood etc won't feel it.

Israel, even at its maximum size, is minute.

We don't have the luxury of space and isolation to make mistakes.  If you have trouble reading the distance scales, this will give you a better idea of what Obama, Clinton, Europe, the United Nations,  Appease Peace sic Now, etc are planning for us. 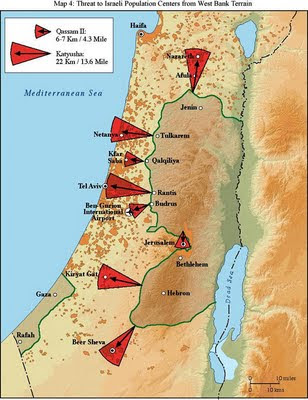 The above map isn't even up to date.  The weapons available to the Arabs today are more powerful.

Israel is about the size of New Jersey.

How could anyone in their right mind promote an Arab terror state, larger/wider, in many places than Israel?  The 1949 ceasefire lines is an irregular indefensible "border."  There is no natural geographical or military logic to it.  There's no long history to justify it.  These borders only lasted about eighteen years until the neighboring Arab states, Jordan, Egypt and Syria, attacked Israel in 1967 with the aim of destroying the only Jewish country in the world.

Miraculously, yes, totally unexpectedly and beyond any military plans, Israel not only survived but liberated the necessary territory to create defensive borders.  And even more unexpectedly, instead of fully annexing the land, which houses our long ancient history, successive Israeli Governments have been scheming to give it to Arab terrorists.

Neither United States President Obama, nor his Secretary of State Hillary Clinton are experts in history, defense etc.  They also have a stated agenda to promote a Pseudistinian "Palestinian" sic state.  We in Israel have neither a legal nor moral obligation to obey their dictates.
Posted by Batya at December 13, 2009

BM> How could anyone in their right mind promote an Arab terror state, larger/wider, in many places than Israel?

The problem is this is not about to happen right now - nor unfortunately is Israel or the United States doing very much t make it happen - and then the tendency is to decide to ignore this condition.

The real problem is that territory and borders etc is being treated as the core of the problem while the core of the problem really is hatred and murder, and hatred is an INDEPENDENT variable, and not a variable DEPENDENT on some other factors. Israel can't get this through to the outside workld, because the elite in Israel doesn't believe that itself.

Almost everybody talking about solutions is trying to solve the WRONG PROBLEM. The problem is hatred and lies. It's not something else.

Nor does the hatred and lies have some *other* independent cause,
other than the lust for power.

I think maybe part of the problem you have in arguing may be that you and others don't even understand what it is that other people don't agree about with you.

Re: Military aid to Lebanon

Well, what's going on is that the United States is, of course, trying to distinguish between the official government of Lebanon and the army of Hezbollah, while also thinking that by doing this, they are strengthening opposition to Hezbollah.

In the meantime, come January 1, 2010, Hezbollah becomes a member of the United Nations Security Council.

Technically it is Lebanon that does, but Hezbollah got control of the Lebanese Foreign Ministry as part of the latest power sharing deal (itself counter democracy as Hezbollah lost badly in the Lebanese elections) and it was all part of the negotiations that led to Lebanon being selected.

So countries always bargain away their votes for membership on international bodies in exchange for other more tangible things that are of value to them. If it is not something tangible, it is at most support in their own disputes.

Ask people who want peace negotations, why is *Lebanon * not at peace with Israel? Why??

It isn't the Shabaa farms. It's because it can't be - not because of any dispute with Israel. *

Why should the Palestinians be any different? How is peace at all possible while Hezbollah and hamas and the Ba'ath government of syria and the Saudi Arabian monarchy (yes that too) continue to exist and while Al Jazeera broadcasts from double faced Qatar?

* (The only sort of dispute Lebanon has with Israel is that they don't want to make the "Palestinians" resident there equal or even unequal citizens with the right to vote and equal right to own property and work, but I don't think anybody outside Lebanon would support expelling them.)

Good points, Sammy. Muslims always went for world domination. They just took a break of a few hundred years, and now they're working on it again.