How Dumb Do They Think We Are?

Why should we trust Bibi, Barak or Barack?  I'm glad to see more wide-spread opposition to the building "freeze," than usual. 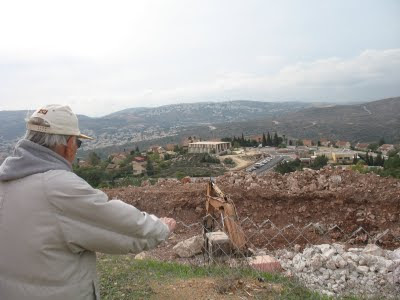 That's not a building inspector; he's my father on one of our daily walks around the neighborhood.  We have been enjoying the sight of the building site and its progress. 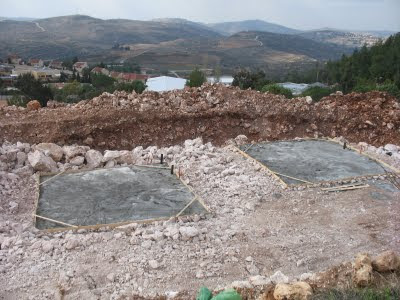 Shiloh is an ancient city, with a long Jewish History, lots longer than the United Nations has been in existence.  Remember that the United Nations was established after World War Two.  One of its first "acts" was to vote for the establishment of a modern Jewish State, the State of Israel.  In most Israeli cities there's a "29th of November Street" to commemorate that vote.

To me, it should be a day of national mourning.  No, not because we shouldn't have a state.  G-d forbid you should think such a thing.  It's because the Zionist "leaders" felt the need for international approval.  That's still our problem today. 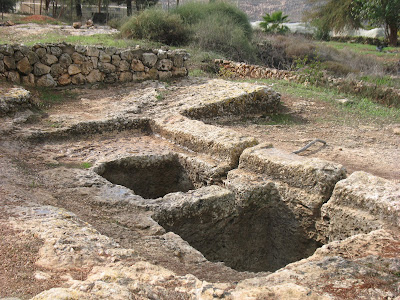 Instead of recognizing, glorifying and publicizing our ancient history, well and easily proven in places like Shiloh, the Israeli Government keeps on trying to win the love and approval of people who prefer that we be the subject of museums and memorials.

I don't think they felt the need for approval, but they felt that in order to get the British out of there and to be able to set up a country, they had to have the "official" approval of the major countries in the world. The U.N. vote enabled them to get de jure as well as de facto recognition. Otherwise we would have needed even bigger nisim than we did.

Of course, it was all a nes, but we do require a certain amount of hishtadlus.

The problem is that nowadays, the politicians are attempting to destroy what we currently have.

I've been reading about this for decades, and "approval" is what's discussed. Nobody stresses that the British were ordered to leave. Many countries expected us to fail when attacked by the Arabs. Chabon's "Alaska" book is based on that premise.

Shalom!
I noticed something interesting when I read this week's print edition of B'Sheva, INN's Hebrew publication. I had already read the Internet version of the events of the week, which were, of course, more up to date than the weekly print version. Even the staff of B'Sheva underestimated the resistance that the "less ideological communities" would show. That's a very good sign. United we stand, divided we fall. Last time 'round we fell. If this past week has been more than a photo-op, we stand a chance.

Hadassa, I'm very upset by the talk of "financial compensation." We don't want money; we want housing and schools etc.

Shalom!
Batya, apparently I've somehow missed (and how did I do that?) the articles featuring Yesha figures asking for financial compensation, which I agree is a highly detrimental tactic. I've only seen the request from the MK from UTJ. Can you provide links to relevant information?

And then there's the letter from Beitar Elite groveling to America and asking Obama to please exempt them from the building freeze because they never really wanted to cross the Green Line.

Shalom!
Found 'em! Shaul Goldstein and his billion shekel plan and Likud MK Tzion Pinian with his call for a compensation plan.
I still hope that the reaction from the "moderate" communities is a good sign for the future.

I just got back home.

It's so typically Gush Etzion, fighting for every neighborhood to be in the "wall."

This "we have a price," "pay us off and we'll shut up" stuff if really bad.

I hadn't heard of the Chareidi grovel. Gevalt.

They just don't get it.