Jerusalem has always been a city more enjoyable for pedestrians than drivers, but recently, even those of us who take pride in walking it find ourselves stymied by unexpected walls and barriers.  Olmert's light-rail is a bit heavy on the feet. 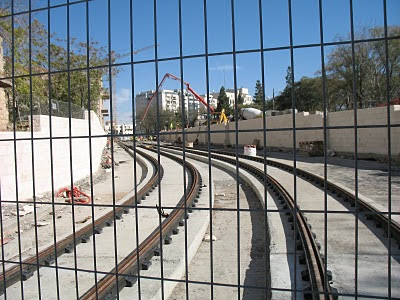 Some of the architecture is rather surprising, and sometimes incongruous, compared to its neighbors.  At least this Jaffa Street building isn't in a windy location. 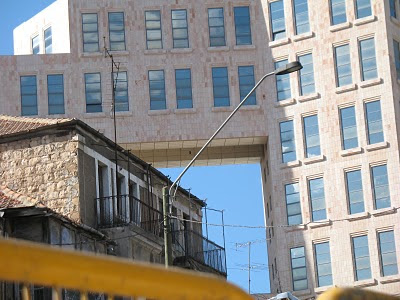 At first I didn't follow what was happening here, as I crossed from Binyanei Ha'uma to the Central Bus Station.  Then I listened.  The man was an archaeologist digging for "buried treasure."  He was explaining to the interested passersby about what had been discovered. 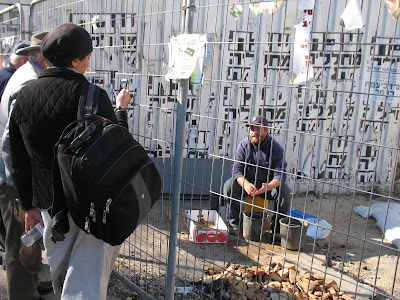 As the saying goes:

They are still working on this thing?

Sure, the pictures are very recent.