Hard To Believe. What's Next? 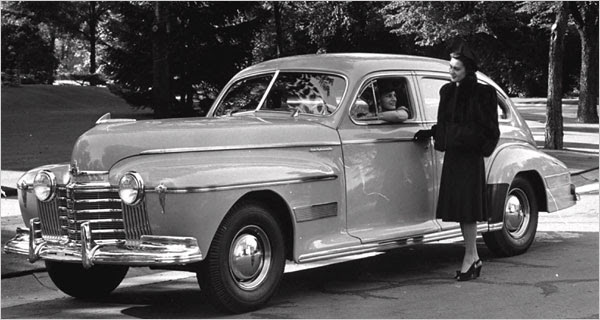 “What’s good for General Motors is good for the country.”

A slight misquotation of Charles E. Wilson, G.M.’s president in the early 1950s.

I grew up hearing that slogan, and now General Motors has gone bankrupt. Things have sure changed since my childhood in the 1950's. What's ironic is that Mao Zedong may have made the most accurate prediction when he called the United States a "paper tiger."

Today, the Chinese economy is healthier than the American. Production is the key, and the United States farms out its production to countries with lower wages. The result is serious unemployment, lowered spending and yes, that takes us back to General Motors.

I wish our Israeli politicians would heed Mao's warning. It's so embarrassing, demeaning to see Bibi Netanyahu and other government officials trying to get young Barack Obama's approval. America is falling apart, and Israelis just don't get it. They don't understand.

We don't need U.S. approval for anything. If we stand tall, straight and independent, the Americans will respect us. They won't oppose us. But we must unite as a truly independent, self-sufficient country. It's up to us.

Dorothy didn't need the Wizard of Oz. She had the power with her all along.

I'd more than willing to loan Bibi my red shoes if it helped to inspire him:) Or maybe Rudy Guiliani could inspire him.

The former NYC mayor about ten years ago was at a concert in Lincoln Center and told Arafat to leave. He also after Sept. 11 flatly refused a large check from a Saudi.

A little Jewish Chutzpah and a little Italian...I don't know the Italian word for gall and gumption..is all Bibi needs.

Of course he could go to shul and pray for wisdom and strength.

If only Bibi would accept the wisdom G-d wants to pass him.

Like I said before Muse, the answer is here before the problem exists. You are correct, we don't need the USA and would do better without their blood money. HaShem has begun to puff them up, just before their utter destruction. Won't be pretty.

Have you seen the movie The Matrix, it was only until Neo realized he had the power with him that he was able to do anything. Everything takes time.

Shiloh, never saw Matrix. I remember hearing about it. So, is that a recommendation?

It is a movie based on Jewish Kabbalah. About a system of control and those who run the show and the one who can defeat it. Personally, I thought it was amazing.

I guess I ought to try to buy a dvd in NY if I can get a good price.

Shalom!
There are modesty problems with Matrix. I have to admit that although I haven't seen a movie produced by a non-religious company in about 19 years, I was bored and waiting for a bus in the Central Bus Station in Jerusalem and an electronic store was showing movies on its screens. Once I realized what I was watching, I moved on. Also, the people who made the film learned Kabbala from unreliable sources. I learned that from an article about Kabbala in Hebrew B'Sheva sometime within the past two years. Don't watch the film thinking that you're seeing genuine Kabbala "put to action".
Hadassa

Hadassa, thanks for the input. If by chance I see it for a good price, OK, if not OK.

Along those lines I would definitely recommend the film Alive--It's not Jewish but the ethics and hope displayed throughout are totally consistent with Jewish values.

It's the true story about a 1972 plane crash in the Andes mountains. The search is called off and the guy listening to the radio who hears the devastating news can't bring himself to tell the others because it would destroy their hope.

The hero, Nando, who seems very much a pragmatist and non-religious says, "What's so great about hope" and gathers the other survivors together and says, "good news, they called off the search."

They're baffled and ask how that is good news--and Nando says, "because we're going to save ourselves."


It's an amazing film and my all time favorite. It came out in 1993. It stars Ethan Hawk and Josh Hamilton.


(Keliata posting anonymously because Blogger is causing trouble logging in)

Well said (as well as your posts above). Frankly, I think (along with doing histadlus), we have to realize that only HaShem will help us.
It is so unbelievable how the world sees the best as the worst....