Remembering the Shoah on the Mount of Olives

My major "life change" after surviving a terror attack was a stronger faith in G-d and a security in the belief that He's truly directing my life. All I have to do is "hold on" and react appropriately.

Not having had been raised with a knowledge of the Shoah, the Nazi-caused Holocaust, the Murder of Six Million Jews and many others, each year I find myself commemorating Yom HaShoah differently.

Yesterday I found myself traveling with friends, during rush hour, to comfort a friend and Bible teacher on the death of her father. She lives in Ma'ale HaZaytim, a Jewish neighborhood "compound" next to the Mount of Olives Cemetery in Jerusalem.

When we first made aliyah in 1970, we lived in the Old City of Jerusalem, in The Maon Betar, a renovated Jewish building, on the corner of Rechov HaYehudim and Rechov Plugat HaKotel, which was surrounded by Arabs. In those days, the Arabs, still in awe of our Six Days War victory, didn't bother us, and we had no security. The main door wasn't even kept locked. That was before the area was known as "the Jewish Quarter."

We hadn't an inkling that the political and security situation would get worse, and that with the exception of one small neighborhood Jews would need high walls and full-time security to live near Arabs on Jewish-owned land.

Luckily I had my camera strapped to my waist, so I could photograph the trip. The friend who was driving explained that there were only two ways to go to Ma'ale HaZaytim, by cab or by car, since it isn't considered safe for Jews to walk there.

We skirted the Old City Walls in the direction of Sha'ar Rachamim and the Mount of Olives Ancient Jewish Cemetery, which is still in use. Soon we entered a parking area and the modern building built on land bought by Jews a hundred years before. 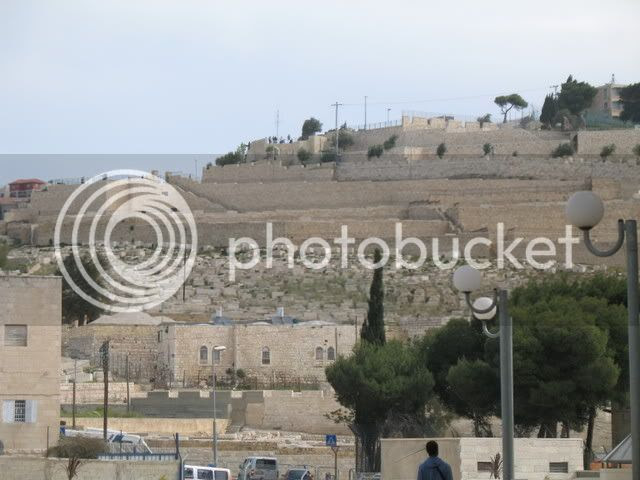 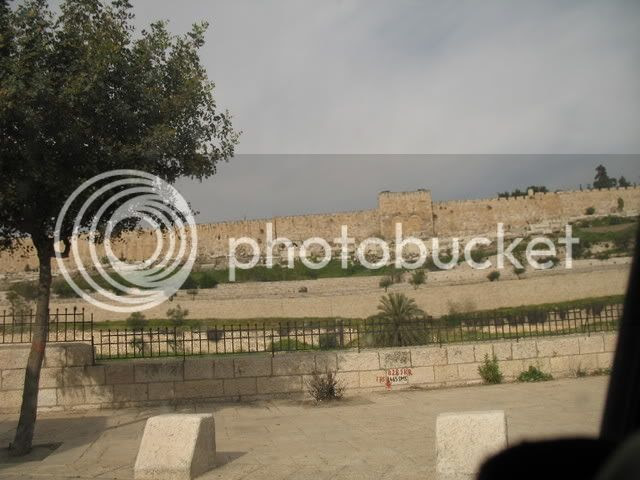 While visiting, besides our mourning friend's talking about her late father, amazing Shoah, Holocaust stories were told. She also told us the background of her new home. 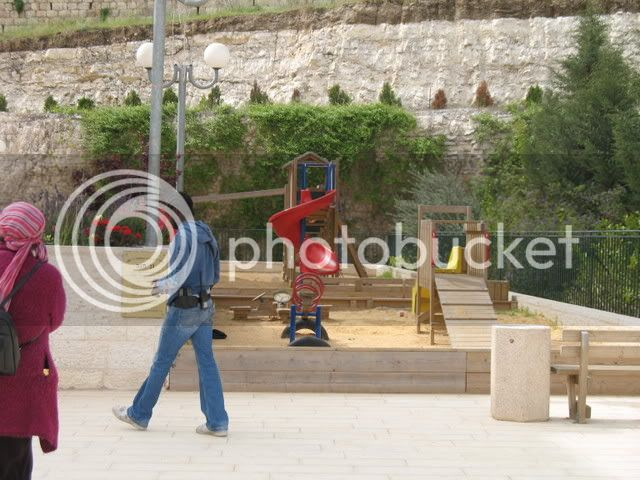 Before driving back home, we walked around the park-playground there and admired the facilities and view. It's so different from the outdoor freedom and natural greenery we have in Shiloh and Eli. Both are examples of modern Jewish pioneering, and both are necessary for Jewish survival today. Remember that standing still is going backwards. We must constantly expand the Jewish presence in our Holy Land. 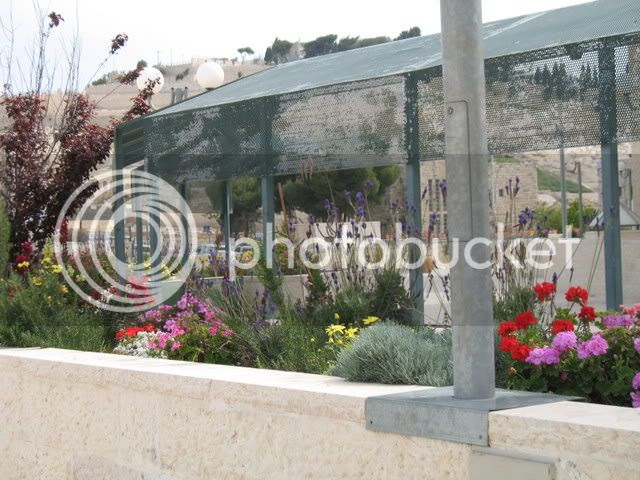 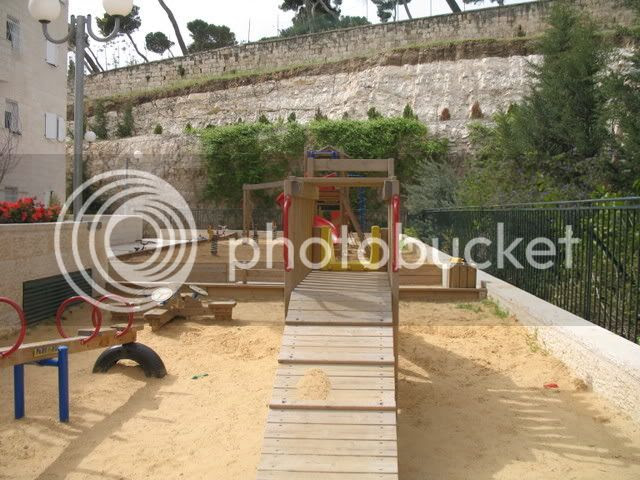 Driving back, we suddenly heard sirens, just as we were passing near Sha'ar Shechem, Damascus Gate, and we realized that they were the Holocaust Memorial Day Sirens. We had less than seconds to decide what to do. Should we stop the car, get out and stand at attention, like Israelis in the rest of the country, or should we continue with the moving traffic? Yes, the traffic by the Old City Walls was moving, and we were about to turn into an "Arab road" which leads to the road to French Hill and home. Stopping the car wasn't an option, certainly not a safe one. And I wonder how Jewish it is, standing silently with one's head bowed while a siren blows. 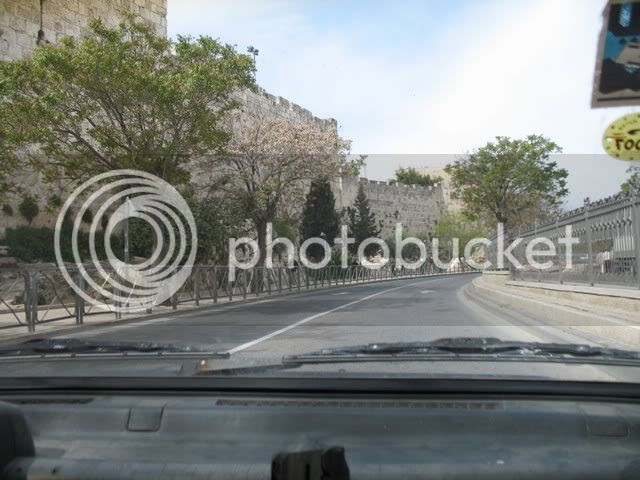 The origin of the siren is most probably the shofar. The shofar is not a signal to stand passively. It's a call to action, whether internally spiritual, or as an order to actively do a great mitzvah. I think that for the Arabs in the cars and on the streets surrounding us, showing them four women driving confidently among them, was the best way of our commemorating the Shoah! 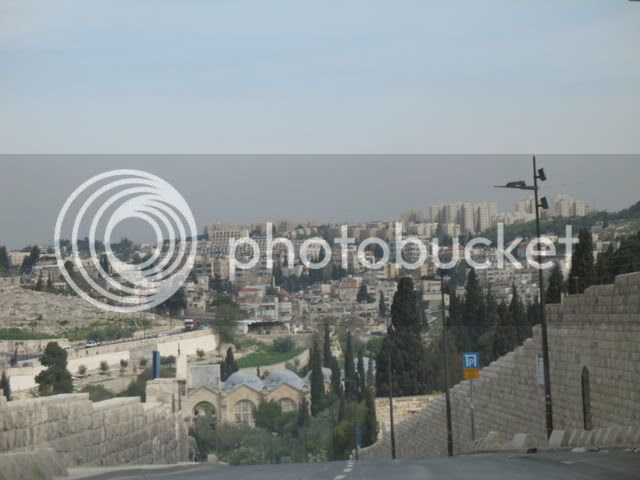 Thank you, Batya.
Wonderful perspective on Israel, it's people and history.

Hi Batya,
I wish your words were true, but who can know what the Arabs think? They can also think, ha, here's the siren and these Jewish women don't even care enough to stop. That's what alot of Jews think of the Haredim who do not respect the siren - it doesn't matter always what the origin of something might be - it does matter how people see it now - and it hurts me VERY much, as a second generation holocaust survivor - that people ignore the siren - not that I'm judging you for what you did - being amongst Arabs unfortunately today can be very frightening.- and like I said, who can know what they are thinking.
Klara

As a resident of Maale Zeitim I'm sorry that you didn't understand where you were visiting or in fact where you live. While we both wish that Shiloh and Eli continue to grow and prosper, please do not forget that one sleeps there in peace at night because of g-d's benevalence and the efforts of countless young men of the security forces battling and capturing terrorists in near by Arab towns.

thanks, k, I appreciate your words

klara, your points are excellent. You're right in that we must never think that we can get in the Arab minds, since they don't think like we do.

a, What do you mean by "didn't understand?"
My memories of the area are from an era when we couldn't wander in freedom. I was horrified to see how the Rockerfella Museum is all fenced in. It wasn't like that when I last visited the place.
And to quote my neighbor, Yossi Apter: "Tel Aviv is safe, because we're in Shiloh."
Jerusalem is safe, because there are Jewish communities in Judea and Samaria. They make the soldiers' work easier.

Just so you know, I heard that Rabbi Avishai David, a well-known and respected Rav who lives in Bet Shemesh, researched the issue a bit, and was unable to find any other nation/people that sounds an air raid siren and has people come to a halt for a minute or two, in order to remember the fallen. So it's not a "goyish" custom as many have been led to believe.

thanks
I think it's the bowing of the heads in silence which seems foreign. The siren is like the shofar.