Will Lieberman Save Olmert? 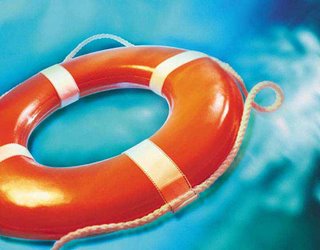 Avigdor Lieberman has ambitions to be Israel's Prime Minister, and he wants to join the Olmert government. Olmert needs him and sent Shas party chairman MK Eli Yishai to make a deal. Lieberman has his conditions, and Olmert's partners have theirs, and not everything fits all that well.

The coalition partner that would want Lieberman the most is Shas, therefore it's Yishai who was given the job.

To make matters more interesting, one of the mainstays of Lieberman's platform because of his Russian supporters is "civil marriage." A sizeable percentage of the Russian aliyah isn't Jewish, and the intermarriage continues here in Israel. Not only that, but many of the Jewish immigrants from Russia are strictly secular and don't want to bother with any religious laws, including marriage.

Putting together a larger coalition will be a very challenging puzzle for Olmert, but he can pull it off, if the other parties want to join, since it's really a matter of desires, יצר, "yeitzer," as it's called in Hebrew.

They want their piece of the pie, and they'll find a way to rationalize any agreement.

And that's why no matter how far the government goes from the promises it has made, it's not going to fall so quickly. None of those politicians want to give the people a chance to vote others into power.

Bad news, since we're stuck with Olmert for another few years.
Good news, since there's nobody worth voting for.
lifesaver picture
Posted by Batya at October 10, 2006

Call it naive, I call it Emunah Peshuta, but I'm convinced that a new party whose platform is the Torah as the Common Denominator is the key. Eretz Yisroel is our Inheritance and the Torah and Mitzvoth is for the Benefit and Blessings of all mankind. Let the territories (settlements) slated for convergence be a model for a government based on Torah with the Sanhedrin as the legislative branch, and perhaps the Nasi of the Sanhedrin as the Executive Branch and Shotrim (Police) as the enforcers. Brainstorm about how Israel could set up Shoftim and Shotrim based on Yitro's model. Perhaps, the rest of sovereign Israel be governed by something more like Constitutional Democracy but supportive of a separate and small autonomous Torah Government and willing to help defend it. At the very least, lets brainstorm in theory how such a government could be established. The mere mention of such an idea has been squelched and those that dare openly consider such "traitorous" suggestions are labeled as religious fanatics extremists and have been determined to be dangerous to society even if they happen to be 15 year old idealistic girls. Better to jail such dangers to society then allow such ideas to be openly expressed.

Batya, you owe it to your students to allow them to dream and allow them to believe and believe yourself that one day their dreams, the dreams of Am Yisroel can become reality. Let them be the ones to dream out loud and openly discuss how they have been betrayed by their religious leaders who allowed them to act on their beliefs alone, unarmed facing an army of armed, well protected, brutal soldiers with helmets and clubbing sticks and German horses. Where were the adult fighting male population ages 20-60, armed during this confrontation. Why didn't the religious leaders order them to protect the land????? The decision for unity was a mistake. Unity is important and an ideal. True unity will not come about through betraying the Torah. Hashem sent daily miracles in Gush Katif. Why couldn't we believe that Hashem would continue to send miracles if we only took the step of declaring an autonomous Torah Government separate from the anti religious secular State of Israel? This "Unity" that the people of Gush Katif chose caused legitimate bitter resentment and Chas Vehchalila may lead us to a civil War. Only willingness to separate ourselves from the Secular State and relying totally on Ribono Shel Olam will allow us to be a vessel for Hashem's blessings and then reach the unity we desire.

Sorry, but it's the job of the existing parties. Your suggestion is similar to Baruch Merzel who never gets enough votes.