Olmert adds to his list of Jewish Towns he wants to Destroy! 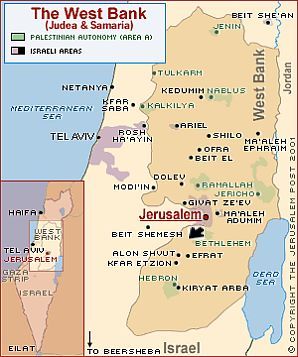 Olmert's List of Destruction and Exile waxes and wanes.

While shmoozing with his buddy and speech writer, Eli Weisel, in Jordan at the Petra Nobel Laureates Conference, Olmert is quoted as saying:

"Shilo, Beit El, Ofra and Kedumim were always part of the historical Land of Israel, and they always emotionally will be."

There's something very Christian in that.

In one of his earlier lists (of destruction), Beit El and Ofra were given the impression that they were immune to the plague of Convergence, Realignment, Resettlement, Disengagement, or whatever term suits your fancy. That very effectively shut up the leadership of those two relatively powerful yeshuvim. It was a successful strategy, since I never heard any forceful opposition to Olmert and his plans from them.

The "national religious" rabbis made up their little "instruction booklet" to keep us well-behaved. I have no doubt that their "meekness" gave Olmert the go ahead to increase his list. Instead of giving us strength, the rabbis surrendered before the struggle even began. Olmert had been reducing his list, which is a barometer of the strength of the nation, as he sees it.

I picture the hands of Moshe, during the difficult battles when The People of Israel fought Amalek:
17:11 And it came to pass, when Moses held up his hand, that Israel prevailed; and when he let down his hand, Amalek prevailed.

17:12 But Moses' hands were heavy; and they took a stone, and put it under him, and he sat thereon; and Aaron and Hur stayed up his hands, the one on the one side, and the other on the other side; and his hands were steady until the going down of the sun.

17:13 And Joshua discomfited Amalek and his people with the edge of the sword.

Don't those rabbis realize that, if they need the help, we are willing to hold up their hands? We have no faith in the politicians and the community "leaders." None of them are leading us to victory. They are not even attempting to.

Their hands are heavy with material possessions and weakened by adopting a strange and foreign morality.

Of course, look at the calendar; last week we read "Shlach Lechah" in Eretz Yisrael, and this coming Shabbat it will be read in synagogues abroad. It's the tragic and very human story of how the elite of each of the twelve tribes was sent as a delegation to "tour" the Land before the People of Israel were to enter it.

The English word "tour" comes from the Hebrew "latour." They were given free tickets, and the deal was that they were to come back raving about the great place they were about to move to. Instead they decided that they were working for "Military intelligence" and not only did they collect data, they "analyzed it."

It's known as "the Sin of the Spies," but it's more like "the Ungrateful Tourists."

And getting back to Olmert's list. He, too, doesn't understand his role. As Prime Minister of Israel, he's supposed to protect, preserve and develop our country, not to destroy it.

Actually his over-confidence makes me feel even better about it all. The further he steps on on his "limb," the harder he will fall.