Last night in one of those miraculous tremps from the Jerusalem city-line Hisme-border-check, to Ofra, the driver and I spoke a bit about Amona and the expected military blockage on Route 60 where we were traveling. We were both concerned that it would be impossible to enter Ofra, which for me would be very problematic, since I'd have no way to get the rest of the way home to Shiloh. The pro-Amona campaign had been calling on volunteers and supporters to come to Amona from Thursday, with equipment to camp out until after the government's attempt to destroy more homes after Shabbat.

I asked him if he thought that masses would really arrive, and he answered:


"Even so, it wouldn't make a difference."

That's why I think that there won't be too many volunteers from afar. Deja vu, we've seen this so many times before.

In the 1980's Yamit was full of demonstrators, but the result was destruction. Then Prime Minister Menachem Begin, Likud, the supposed extreme Right Zionist, had crossed a red line and destroyed a slew of Jewish communities and handed the Land, all of Sinai, over to Egypt. It was demonstrating at Yamit, against its destruction in 1982, where Tzachi Hanegbi came to national attention as a young leader.

Begin encouraged and approved of the building of Gush Katif as compensation, but then Likud's PM Arik Sharon decided to destroy it aka Disengagement for reasons unclear to this day. Again there were thousands of demonstrators who moved in and this time truly believed that they could stop the government, but nothing helped to save the Jewish communities in Gush Katif and norther Shomron.

And soon after the terrible Disengagement, Amona, a small community next to Ofra, was targeted by the Left with a lawsuit claiming that there were theoretical Arabs who owned some of the Land there. That resulted in the violent destruction of nine 9 Jewish homes in 2006.


It's more than heartbreaking to recognize that all of this pain and waste and violence should never have had to happen. The young man who was driving me and I both agreed that the fault was in the reaction of the Eshkol-Labor Government in 1967.

The 1967 Six Days War was a miracle of Biblical Proportions. Now, almost fifty 50 years, a half a century later, military experts can give no rational/logical explanation for Israel's victory other than:

The under-equipped an tiny IDF Israel Defense Forces easily defeated four (Iraq sent airplanes in the beginning of the war, but after a plane was quickly shot down, they stayed home) larger and better equipped armies and quickly liberated the Golan from Syria, Sinai from Egypt and Judea, Samaria and the Jordan Valley from Jordan. Don't forget that since 1948, Jordan had been illegally occupying that territory. Their occupation had not been recognized by any international body including the United Nations. Their alleged sovereignty over it was retroactive only after Israel liberated it.

All precedence from time immemorial has been that if a country finds itself in possession of land in a defensive war it is legitimately/legally hers.  in June, 1967, The State of Israel fought a defensive war for its very survival. During the weeks leading up to the war, Egypt's Nasser unabashedly proclaimed that there were plans to attack and destroy Israel, drive it into the sea.

By the end of the sixth day, the war was over, and Israel found itself with a very defensible area of Land, from the Golan until the Suez Canal and from the Mediterranean to the Jordan River. Any normal logical country would have declared full sovereignty over it all and demand that the defeated enemies accept it. Those with a spiritual bent understood that a major miracle had occurred, and in response the State of Israel was required to Thank Gd and settle the Holy Land with Jews. At that point there were very few Arabs, because under Jordanian Occupation, the area wasn't developed, the Sinai had always been pretty much empty and Syria had used the Golan to attack the Jewish communities in the land below it.

I was in New York that the time, and it was clear that people were so in shock and admiration of the Israeli feat, that there would not have been any serious opposition, especially if Israel acted and spoke firmly. Little Israel, without a single foreign ally, had miraculously become a world power.

But the Eshkol Labor Government dropped the ball. Instead of announcing full sovereignty and annexation over all the Land liberated in the war, it inexplicably and pathetically, offered most of the Land to its defeated enemies in exchange for "peace." Most of the Land was held "in escrow." Only the Golan and eastern Jerusalem were annexed. The Golan was kept to protect northern Israel and to be used for agriculture, and eastern Jerusalem was kept for the Old City and Kotel, Western Wall. The government categorically refused to approve a Jewish return to our Biblical Homeland, Shiloh, Hebron, etc. Settlement activity, since 1967, has been primarily initiated by ordinary Jews against the expressed wishes/policies the government.

Even after half a century of settlement, advanced and modern infrastructural for the benefit of both Arabs and Jews, this Land is extremely empty. 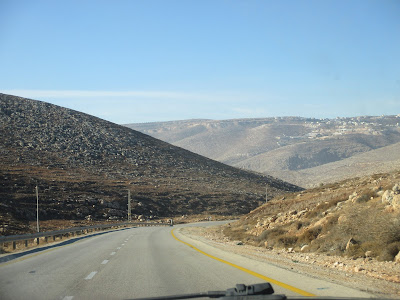 That is why no Arab has been forced from his land to build Jewish homes. So much land is empty and waiting for us to build Jewish communities. There is room for all if Arabs are interested in peace. 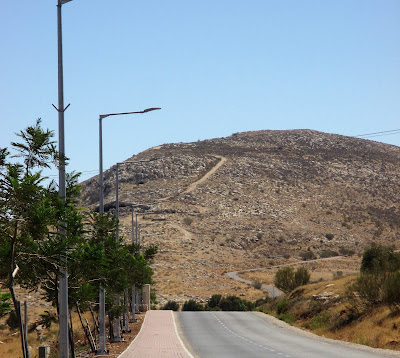 Today we, the Jewish People and the State of Israel, are suffering because the Israeli Government of June, 1967, could not recognize the Hand of Gd in the Great Victory of the Six Days War. They were incapable of recognizing that the Moshiach, the Messiah was ready to bring us True Peace and the Messianic Era for which we still pray.

When Moshe Dayan gave the key of Har Habayit, the Temple Mount to the Muslims, he sent the Moshiach packing, and since then our existence has become more precarious. We had another chance during the 1973 Yom Kippur War, which was a miracle even larger, but the Israeli Government then went begging to Nixon and Kissinger for help, instead of to Gd. Gd miraculously enabled us again to be victorious, and again to this very day we fail to accept Gd's gifts and properly thank Him.


Shabbat Shalom uMevorach
May You Have a Peaceful and Blessed Shabbat
Posted by Batya at 9:47:00 AM

Right, we don't see the miracles of God. But let me ask you a question, why are you different than Dayan in driving away the messiah? Why are you convinced that you have not contributed to the messiah deciding to wash his hands of us? Dayan was a dog in what he did sacrificing our land, our safety so he could cash in on the antiquities. Dayan went against God, and we are paying the price as you are aware. We see miracles upon miracles, we see heavenly signs, witnessed signals but we still fail. Why Batya? Why did the Baal Shem Tov state "that in the generations before the coming of the Moshiach there would be a multitude of rabbis, and that they would be the very ones who would impede the redemption." [Otzar Chayim] We are losing the land, bit by bit, and I think Sharon signed an agreement that was witnessed by world leaders including the Pope. What have they done to you or said to you that you cannot even see, nor know what to seek? I am not blaming you Batya, but please consider that you also may inadvertently be doing the same thing as what you convict Dayan for, totally unawares, as he too was blinded by something. Shabbat Shalom

It seems pretty clear that you follow a false messaiah.

My heart breaks for those living in Amona. As I understand it is strategically placed and so moving people out of there will leave other communities more vulnerable? Which makes it a stupid as well as cruel thing to do.

Appeasement does not work with bullies, and it has never worked with bullies. The left is bullying Israel, and the response is to give away more land. I guess you could say there is a really big, really old book that has the original land boundaries in it. In that same big book I believe there is a story that applies about how G-d views it when someone gives away their birthright. Involves a couple of lads named Ya'akov and Esav, old book known as Bereshit. Jewish roots go back a long way in Judea and Shomron. When the roots grow that deep again, things will be better

Amona is on a hill over Ofra. There are no other Jewish communities in the area.

Nothing worse than the Likud, which is why Feiglin was crazy to join it.