Amona Destruction Delay So Won't be during School Vacation?

Just before Shabbat, there were messages and announcements that the government's planned destruction of more homes on Amona would be delayed by a month. The "official" reason has to do with the fact that there still isn't any replacement "DP" housing prepared for the families who would lose their homes. But my guess is that someone finally looked at the calendar.

Similar to the original date for Disengagement, the very secular/anti-religious system that still rules here in Israel hadn't looked at the Jewish Calendar. Disengagement had been originally scheduled for Tisha b'Av, the 9th of the Jewish Month of Av, which over millennia has been associated with days of major Jewish National Tragedy. The parallels were so simple to see that only Israeli Leftists could have missed them.

The second Amona destruction had been scheduled for December 25, the first day of Chanuka this year. Now, as I had written in my Jerusalem Post Letter to the Editor, there's a connection between that Supreme Court decision and the Hellenists of the Chanuka story. But even more mundane is the simple fact that there's a week-long school vacation from the 25th of December for the Chanuka holiday, and lots of children and teachers would be free to demonstrate against the government/supreme court decision by camping out at Amona to try to prevent more destruction. 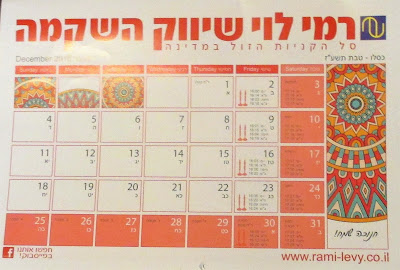 You certainly don't need to be a "rocket scientist" to know that. Deja vu, only Israeli Leftist Supreme Court could be obtuse enough to ignore something so obvious and so Jewish.

That gives another month for Bennett to come up with a miracle to save his political party, Jewish Home's reputation as pro-Jewish settlement in all of the Land of Israel, and for Bibi Netanyahu to prevent a serious coalition crisis. Politics is never dull, and I have a ringside seat to watch the action. Gd willing it will be good for the Jewish People and the State of Israel.
Posted by Batya at December 11, 2016

Are you sure it's been delayed?
http://www.israelnationalnews.com/News/News.aspx/221866

That was the news a few days ago, but nobody knows for sure, except Bibi.