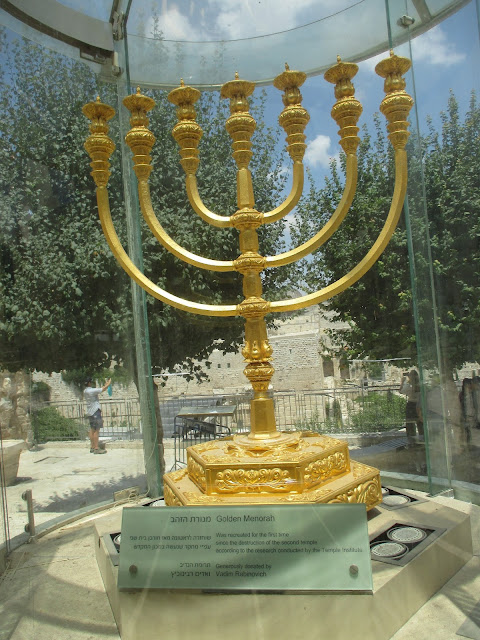 We the Jewish People are amazingly lucky. Gd keeps giving us more chances, after we fail to heed His warnings. This week listening to Yael Ziegler in Matan, "Kings, Prophets and Hurban," I kept feeling that she was reading from a recent blog post I could have written. No, it's not that she's political, not at all. But we're learning IIKings Chapters 17-18, and in it Gd warns the Jewish People that only He can save us, not any foreign king.
That's a very timely reminder for us. As you know, I enjoy following politics, Israeli and American. And I honestly believe without one iota of a doubt that Donald Trump's policies vis–à–vis Israel will be much better than Hillary Clinton's would have been. But I certainly don't see him, or any other foreigner, Jew or non-Jew, as a messiah/savior of the State of Israel.

Our fate, our future relies in our hands and our deeds, not connected any way with anyone else, even President of the United States of America.

I also believe in the Nachshon effect, meaning that just like the sea parted, making a safe dry pathway when Nachshon stepped in, allowing the Jewish People to safely flee Egypt, if we are firm and confident doing what is best for the Jewish People and the Jewish State of Israel, the world will quiet down.

The pressures we suffer from today, whether from outside enemies or local terrorism etc. are due entirely to our lack of confidence, our kowtowing to foreign demands and leaders who shouldn't have any power over us. We've given them power over ourselves, and we must take it away.

The world will follow our lead, and if we act like a dog chasing its tail, as we have been doing for much too long, we will be treated badly and bossed around. Only when we make it clear that we are an independent sovereign nation that will abide no more abuse, aggression, verbal, diplomatic and military will our enemies cease their fight against us. That is the meaning of "a light among nations." The light comes from us via Gd.

Gd has offered us "matching funds," as long as we live our lives according to the mitzvot, commandments Gd has commanded us.

Gd willing we will begin to act as we should, bimhaira biyameinu, speedily in our days... 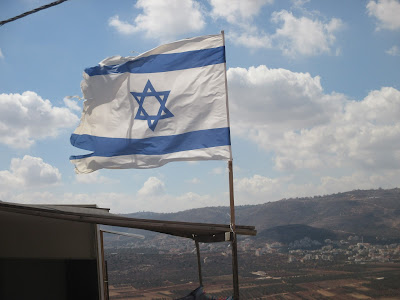 Of course, we Jews are not allowed to rely on anyone except H'. Do not put your faith in princes! I also enjoy reading about world events because (you can call it political or whatever) but, everything is connected and in relation to Israel. Since we are part of this physical and natural world, whatever else is happening elsewhere affects us. The UN literally exists just to blame Israel for everything. This is all from H'. We have to do our part by doing teshuva and pushing forward H's Plans and then He will do the rest. We have an uphill battle since the people really have little say unless we unite as one, then with achdut, we will have H's backing. Sadly, many Jews, even the believing ones, believe that if so and so will be the president of the U.S., he might be the one to save us; what utter nonsense and a sin to believe that anyone but H' is our Savior and Redeemer. Only H' will bring us Moshiach Tzdkeinu and redeem us, but who gets in office is up to Him because H' pulls the strings and I believe that the better of the two has won. How everything will work itself out is known only to Hashem, but however it will be, it will be a blessing to Bnei Yisrael and to the good peoples of the earth.

Mr. Cohen, I wonder how serious Lapid is about this turnaround.

A, remember that Gd won't activate all this if we don't press the right button.