Hillary's Loss had Nothing to Do with Her Sex!

I keep saying that I'm not going to blog anymore about American Elections, but somehow it keeps drawing me, like quicksand.

A lot of people said that they wanted Hillary to win, because they wanted to see a female POTUS. They so wanted to see someone break that "glass ceiling."  I have no doubt that one day, there will be a woman elected President of the United States. 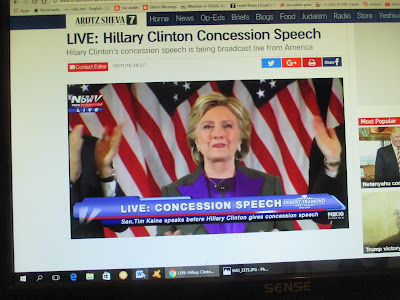 It's hard for anyone to get elected President. It's outrageously hard just to get the nomination.

IMHO there are a couple of things about Hillary Clinton and her campaign that caused her defeat, and it wasn't her new wardrobe. Actually, I think the colors were brilliantly patriotic and photogenic, and jacket-styling was a great improvement over her usual masculine-tailored suits. Also her wig and make-up were perfection.

Hillary lost for one big reason. Call it character.


So, now Donald Trump will be the United States President in a couple of months. Who would have thought.... 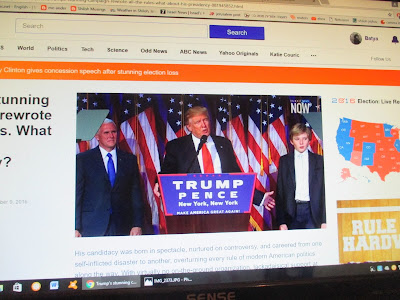 It can always be a surprise how generations see things differently. When Hillary first ran my mother actually said she would Never vote for a woman. I was utterly shocked she actually thought a woman didn't have what is needed, especially given her involvement in political discourse and working fervently in poverty issues in the 60's.

Choosing a candidate because she is a woman is totally sexist. Can't you see beyond that and judge Hillary as you would a man?