Arabs are Guilty, Not Israel!

Ad nauseum I am sick and tired of hearing that there must be something Israel can do to make peace, to make the Arab terrorists happy, to placate our enemies. I'm also fed up with hearing all sorts of lies, like I heard on Israeli Channel One TV News just before Shabbat yesterday.


There was this lying Leftist who kept coming out with blatantly untrue statements which were never questioned by the complacent newscasters. I have no idea who the guy was, but he said things like:

Really, how long will it take for Israelis to understand that we are not the cause of the Arab terrorism which targets us, wherever we are? And since we are not the cause, we also cannot do anything to end it. It will end only when the Arabs decide it should end. We can nudge them along a bit, but not with kindness. We've been trying that for decades or longer. Kindness makes us appear much too weak, and when they see weak they pounce even more. Our being nice just encourages the Arabs to try to finish us off.

The only thing that can push the Arabs into a more amenable stand is to be strong and determined and united against them. All Arab terrorists, no matter what their age, must be executed, not kept in our jails, and not given any legal rights. They aren't white collar criminals; they are murderers whether they succeeded in killing or not. Families that celebrate terrorist acts must be jailed and fined. If parents of minors have city or state jobs, or any job in which they are in contact with the general public, they must be fired.  There must be lots of ways the families can be made to suffer for the terrorism of their members. When they realize that Israel is serious about ZERO TOLERANCE, then the families will do their own policing.

And as I've said before, Prime Minister Netanyahu must stop trying to appease the Americans, United Nations, etc. Bibi must do teshuva, repent and say that he made a terrible mistake in supporting a Palestinian State. There is no historical justification for such a state. The so-called "Palestinian people" sic was an antisemitic invention during the Mandate to torpedo the establishment of a Jewish State! Bibi certainly knows this even better than I do, but he has this totally fokokt idea that to be a good Prime Minister he must be a Centrist and be accepted by the nations of the world. He's wrong.

We want a leader, not an appeaser! 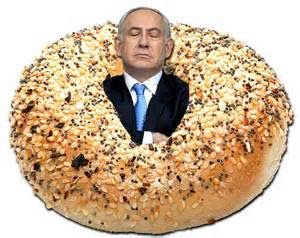 If we make it clear to the Arabs that they will suffer the most from their terror against us, then there's a chance that those who want to live in peace with us will try to prevail. But if we keep trying to be nice to the Arabs, they will just respond with more terror!
Posted by Batya at October 17, 2015


BE"D a shavua tov to all of Am Yisrael!

As for our "leaders":
From the 0404.co.il site:
"On Shabbat Israel returned the body of the terrorist that dressed up as a journalist and stabbed a soldier, yesterday in Hevron. This was despite the promise made by Minister Gilad Erdan that bodies of terrorists would not be returned to their families".

In addition to the obvious, why is the army breaking shabbat for this matter not related to operational needs?

We have no leaders, no deterrence. Obviously Hashem really wants us to turn to Him and to Him alone. Why else would He give us such useless "leaders"?

I certainly like to know who returned the body of the terrorist in violation of the edict and someone should take it up with Minister Gilad Erdan.

Israel's security services are crawling with leftists. They think appeasing Arab terrorists is going to calm down the violence.

They could not be more wrong after "Bloody Saturday."

The brave men and women at the front line guarding the country against deranged Arabs seized with a bloodlust to kill Jews, deserve the full backing of the government and the country.

And it bears stressing again, those coming to kill you in cold blood do not have peace on their minds.

Elisheva, Norman, I agree with both of you. We do have traitors and no leaders.