The "P.A. Genie," Is Israel in Control of the Palestinian Authority? 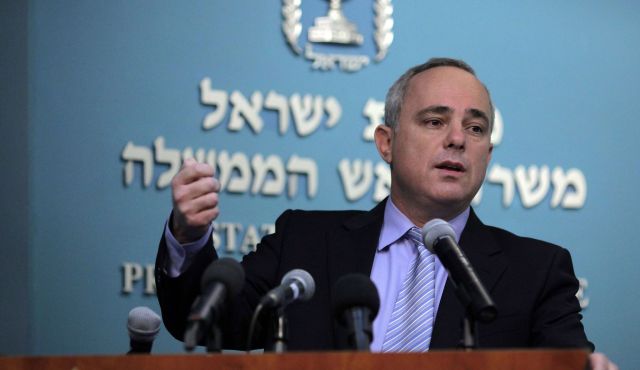 Likud's Intelligence Minister Yuval Steinitz has me troubled and not for the first time. His bombastic or unrealistic statement "we will need to seriously weigh the dissolution of the Palestinian Authority" is typical of his "just missing" the point.


Intelligence Minister Yuval Steinitz tore a page out of Palestinian Authority President Mahmoud Abbas’s playbook on Sunday, warning that Israel would dissolve the Palestinian Authority if the resolution it is expected to bring to the UN Security Council by the end of the year actually passes.“A vote is expected in the UN on the aggressive, hostile and one-sided resolution regarding a Palestinian state,” Steinitz said Sunday.“We must not let it pass quietly.” (Jerusalem Post)

I may not be as intelligent, educated or politically powerful as Steinitz, but sometimes things look clearer from a distance. Steinitz has been part of the Likud, part of the system for many years. I remember arguing with him at the succah my neighbor Moshe Keinan had erected near the President's Residence the Succot after his son, Avihu's murder by Arab terrorists in a  poorly planned army action just before Rosh Hashannah well over ten years ago.

Like too many powerful people, Steinitz tries to combine Right, which includes genuine Jewish ethics, and western democratic, Liberal values. He believes they can work together, maybe like mayonnaise, but I think they are more like oil and water. No matter how hard you shake them, they will inevitably separate.

Today's P.A. Palestinian Authority has taken on the trappings of a state, no matter what the Israeli Government likes to think. We are in a very dangerous situation, because it seems that Prime Minister Binyamin Bibi Netanyahu  and his cohorts are in la-la land.

This all started with the late and very first Likud Prime Minister, Menachem Begin, who called for Palestinian autonomy; granted he didn't use the "P word."

But once that "genie"aka "autonomy" was let out of the jar, Israeli security, authority and international standing have gone seriously downhill.


Contrary to what Israeli leaders, yes including the ruling Likud, likes to believe, as far as most of the world is concerned there already is a "State of Palestine," sic. So they would respond to any attempt of Israel's "dissolution of the Palestinian Authority" as aggression against a recognized country. That's "a fine kettle of fish" our so-called Right leaders have gotten us into.