Don't Arm and Train the Syrians!!! The USA is Making a Tragic Mistake

It's a very Leftist and Obama-fallacy to believe that arming one group of Syrians will be good.


U.S. Congress approves arming Syrian rebels, funding government(Reuters) - The U.S. Congress gave final approval on Thursday to President Barack Obama's plan for training and arming moderate Syrian rebels to battle Islamic State, a major part of his military campaign to "degrade and destroy" the militant group.
The Senate voted 78-22, in a rare bipartisan show of support for one of Obama's high-profile initiatives. With the House of Representatives approving the legislation on Wednesday, the measure now goes to Obama to sign into law.
Ten Senate Democrats and 12 Republicans voted no.
Obama thanked Congress for the speed in which it acted to back the plan, which he announced on Sept. 10, and said the strong bipartisan support showed Americans were united in the fight against Islamic State. (Reuters)


I keep going back to the movie "The Siege" in which, sorry for the spoiler, it's discovered that the Arab terrorists terrorizing the United States were trained by the Americans themselves. 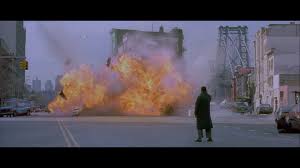 Anyone who thinks that only "good Syrians" will use the weapons and skills taught and donated by the Americans is worse than naive. How will the Americans "test" the candidates for their training courses?

And as an Israeli, I'm very, totally opposed to the plan, because none of the Syrian factions want to live in true peace with Israel. So any weapons, training etc can and will be used against the State of Israel. There's no doubt in my mind.

I was born and raised in the states and went to American public schools. I'm still in touch and visit, read and follow the media and politics. To put it simply, not only don't I think that the United States President Barack Hussein Obama is doing what's best for the USA, I don't think he has a clue of  the implications, ramifications and fallout of  his policies.

I don't consider him my president, and I don't vote in American elections, even though I do have a legal right to cast a ballot.

Obama has stated that he won't send in American troops to fight ISIS Islamic State, so his solution is to arm and train what he calls "rebel" Syrians. This plan is a dangerous time bomb which will cause even more damage to world peace.
Posted by Batya at September 19, 2014

Batya, is it possible you might be mistaken?
Obama knows very very well what the implications are and it is for this very reason he is arming an ememy of Israel. Unfortunately there is THIS much evil in the world.

The only people in the Middle East the US should be arming are Israel and the Kurds. Period.

40 Lessons from Hamas’ War Against the Jews
by Steven Plaut
http://5tjt.com/40-lessons-from-hamas-war-against-the-jews/

Leah, you overestimate Obama and his staff.
a, the Kurds?
Mr. Cohen, interesting.

Israel does not need America! Hashem made sure that Israelis get that through their thick heads, by placing this dirtbag into the white house. So who cares what the USA has up its sleeve. Whatever it is, it's not helpful to Israel no how!