I must admit that when I prayed in America during my recent visit, I most probably didn't face the Temple Mount in Jerusalem, Israel.  I rarely had even the vaguest idea which way was east.  It was very confusing.  I prayed in all sorts of places, indoors and out, sedentary and traveling.  I had no idea where the sun had risen and where it would set.  I just did my best to focus on the words and on G-d, pleased and proud that I found places to pray and hadn't forgotten with all of the distractions and pressures of the visit.

Another thing was that even in Arizona I found it pretty easy to find certified as Kosher food.  And in New York, I was constantly amazed at what big business kosher seems to be in the food trade. 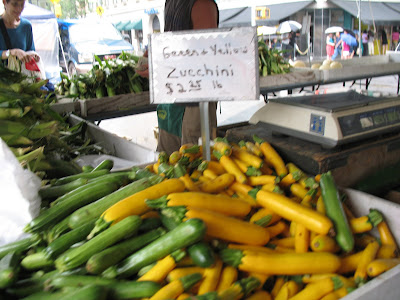 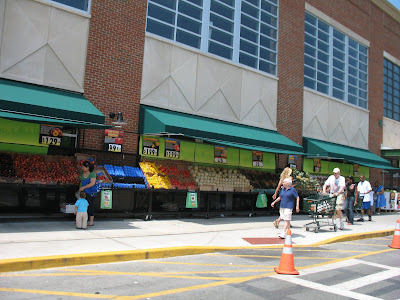 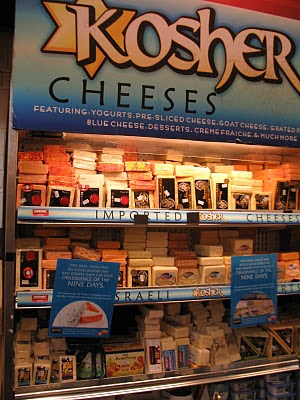 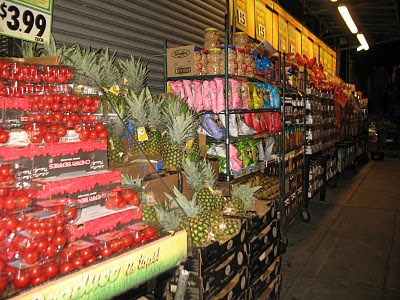 So many large stores have enormous kosher sections, even selling only kosher baked goods.  That must force the kosher specialty shops to lower their prices or they will lose customers.  Some of these giant supermarkets have such a variety  of easily available kosher food, it's almost like being in Israel.  Yes, very confusing and too easy to be Jewish.

That's a problem and reminds me of my facing the wrong direction when praying.  It has become so easy to live as Torah Observant Jews in some neighborhoods that people think they're in the HolyLand.  With so many kosher stores, restaurants and Jewish schools it's hard to focus on the Mitzvah, Commandment, ultimate goal of aliyah artza, immigrating to the Land of Israel.
Posted by Batya at 10:51:00 PM

Shalom!
Nice picture of zucchini. Add a few fish, some leeks, a few onions and heads of garlic and you've got a great fleshpot. Melons for dessert is a good idea.
Numbers 11:5

yeah, thats the conclusion i came to as well. the only reason to live here in israel is that its ours.

Shalom!
Anonymous, actually I've found that my material standard of living hasn't fallen at all, and there's no comparison with the spiritual level of Israel.

For the life of me I can't understand why people seem to divorce Jews from Israel, the middle east. It's not as if Hashem described the Promise Land as Germany, Poland, America etc.

I spent a lot of time as a kid looking through our huge family bible which had many color pictures of Israel which shaped my outlook. Jews as I saw it were middle eastern, not European.

When I think of Jews my mind goes to Israel, middle east. That's the mental image I get.

Hadassa, on target!
a, I guess it's time to photograph the shuk (market) in Jerusalem for posting. We have it all!
Keli, Jews have lived every where. Being Jewish doesn't mean exclusively European, mid-eastern or Asian, Indian etc.