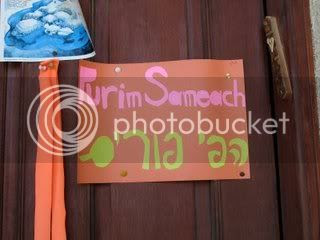 Ever since we Israeli Jews returned to Holy and historic Biblical Shiloh over thirty years ago, our custom has been to celebrate both days of Purim.  We are in the same location as the Biblical city of Eli the Priest and Samuel the Prophet.  Remains of Shiloh's ancient wall can still be seen.
Shouldn't that make us like Jerusalem?  But although Shiloh was our ancient capital for 369 years, long before the Purim story of Queen Ester, Mordechai, King Achashverush took place in far away Persia, the decision of the rabbis has been that we celebrate two days of Purim.
The first day is the main one, when we say the special brachot, blessing, and the second we just do the Mitzvot, the special Purim commandments, like hearing the Megilat Esther, giving mishlo'ach manot, food gifts and eating a festive meal.
Our Chief Rabbi, HaRav Elchanan Bin Nun gets asked every year if anything has changed.  Has it been decided that we keep just one day?  The two days is because no Jews lived in Shiloh for many years.  Rav Elchanan has announced a special shiur, Torah class on the topic tomorrow morning.
We're here in Shiloh twenty-eight years.  I've gotten used to the doubly celebrated Purim holiday.  I no longer mind it.  I couldn't imagine having one day.  If we have to just celebrate the first day of Purim, it would be like Passover Seder for my married daughter; one year with us and one year with her mother-in-law.  If we are to just celebrate Shushan Purim, other people would have to make a schedule.  So, if the Rav is going to announce "just one day," he should really do it more than a week before the holiday.
So, I presume that there won't be any chance, so late in the season.
Posted by Batya at February 18, 2010

Shalom!
Nu? What did the Rav say? "Tomorrow" was three days ago...
If the Rav said only one day you can celebrate a second day without saying the blessings. I know it's not the same, but it's better than nothing.
Purim Sameah!

I presume nothing has changed, because if it had, we would have gotten gran announcments.