Last Thursday night we went to the dinner celebrating fifteen years since the establishment of  Israel's Media Watch, Zchut l'Tzibbur Lada'at.  It was established by Professor Eli Pollak.  My husband has worked for it and with it all those years.
It's one of those excellent grass-root organizations which would benefit greatly if Israel's pro-Land of Israel Right had something like the New Israel Fund's Shatil. 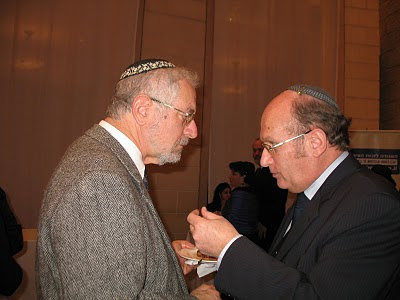 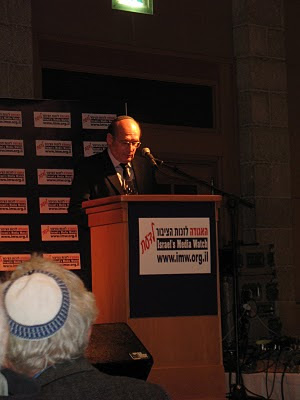 Many of Israel's top Anglo journalists were in attendance, including Caroline Glick (in photo,) Ruthy Blum Liebowitz and her husband IBA's Steve Liebowitz. 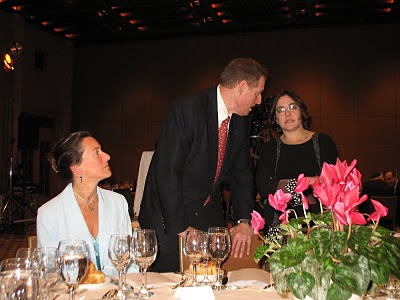 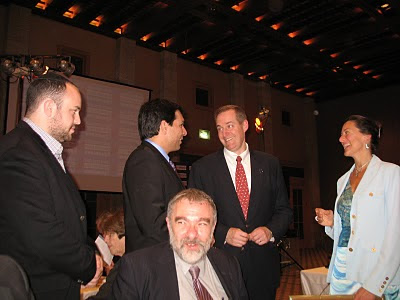 There were also Hebrew and Russian-language Israeli journalists and politicians such as Minister Gilad Erdan and MK Danny Danon in photo. 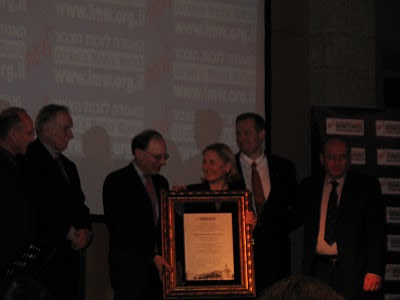 Aims and Goals of Israel’s Media Watch
*Strengthening and realizing Israel’s democracy by informing the Israeli public about Israel’s media, the extent to which they abide by the media codes of ethics, decency and objectivity in reporting.
*Systematic research and surveillance of the media and exposition of political and cultural media bias.
*Deepening public and institutional involvement in upholding the media codes of ethics and defense of the private citizen against the increasing power of the media against him or her.
Posted by Batya at February 08, 2010