So, You Want to Bring Tourists?

Tzippi Livne thinks that if she gets some public relations firms to publicize Israel as slick tourist spot, more tourists will come.

Now, really Tzippi, even if we have the best beaches and the most pleasant weather do you think those "fair-weather friends" will return after their luggage nightmare at Ben Gurion Airport? What you didn't know?

Some 500 employees are striking over layoffs of 120 temporary workers resulting in chaos in departures and arrivals. Thousands of travelers have jammed the arrivals hall where non-striking employees have been unable to overcome the workload caused by hundreds of incoming pieces of luggage. Passengers report waiting as long as 11 hours for their belongings.

The workers defied an order issued Thursday by the Tel Aviv District Labor Court to return to work, refusing to load luggage on to the planes and forcing many planes to depart without their passengers' bags. At midday the workers shut down the main luggage belt which carries the baggage off the planes. More than 24 airliners stood waiting to have boxes and suitcases unloaded by early evening.

Outgoing flights were delayed up to six hours by Friday morning and several left without passengers' luggage.

Now, I know that I never was one of Ms Livne's fans, but she's just getting worse and worse. Caroline Glick wrote a great article knocking Livne's plan.

Israel is trying to reinvent itself. Last week Foreign Minister Tzipi Livni hosted a conference where she launched a new multimillion dollar project to "rebrand" Israel. As Livni put it, since coming into office, she has been struck by the disparity between the vibrant, liberal, free Israel she knows and Israel's image abroad.

According to research conducted by a number of public relations firms, Israel's international image is one of a war-torn society riddled with religious fanatics and intolerance. At the same time, most people view Israel as either a democracy or as a country moving towards democracy. As Livni sees it, "It's time to bridge the gap between the real Israel and its international image." The foreign minister has decided to dedicate the Foreign Ministry to the task of bridging the gap. She has hired a whole host of public relations firms who have conducted focus groups and used other mass marketing tools to figure out how to reinvent Israel in a manner that will make people like us.

As I read it, I couldn't stop thinking of the "reinvention" as bad plastic surgery. Basically, Livne wants our loyal, frequent repeat tourists to stay home. They're just not "fun people." And now she and her pr buddies are trying to get the "gay" crowd to come and parade their "pride."

It seems like she doesn't want the staid old religious crowd, whether Jewish or Christian.

Her new advertising campaign doesn't go well with MK Ruchama Avraham's new law to have bars close by 2am. How can the fun-oriented tourists have fun on vacation if they can't drink all night? The local "fun spots" are angry, too.

It's obvious that the Foreign Minister knows nothing of tourism. But then again, she doesn't know much about diplomacy either. I suggest the Defense Minister go against his old Histadrut buddies and stop the strike.
Ben Gurion strike may resume , so, let's get it stopped and make our tourists' visits pleasant! That's the only way we'll get tourists to come here. 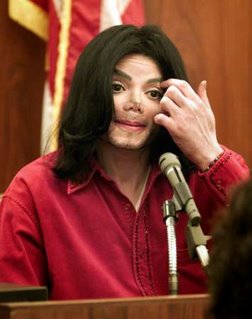 You seem to be blaming our Foreign Minister for a labor dispute. This seems horribly unfair: what authority does she have over striking workers? And what was she supposed to do, cancel a policy initiative designed to improve Israel's economy all because of a strike?

For that matter, you also seem to be accusing her of trying to keep "traditional" visitors away - but you don't give any indication of what Livni is doing that will alienate these tourists. Nothing I've read gives any support to this accusation.

Are you sure that you're not chastising Tzippi Livni simply because she's Tzippi Livni (and a member of a government you don't like), even when she's not doing anything wrong?

It seems to me you're missing an important point: tourism is only one component of the Brand Israel initiative. Livni's purpose is to shed new light on everything that is Israel: a diverse, flourishing society, with great achievements the whole world enjoys. We need to widen the focus and introduce new angles for the world to see Israel, not just through the prism of the conflict. Israeli diplomats will continue, on one hand, to advocate for Israel's right to exist, and on the other hand, to bring as many pilgrims, Jews and Christians, to the Holy Land. We've been the pariahs of the world long enough. It doesn't hurt to try a new complimentary approach.

Hitler went after the "Germanized Jews" just as enthusiastically as the frum ones.

The Spanish Catholic Church kept records of the converted Jews for centuries.

It's a missguided waste.