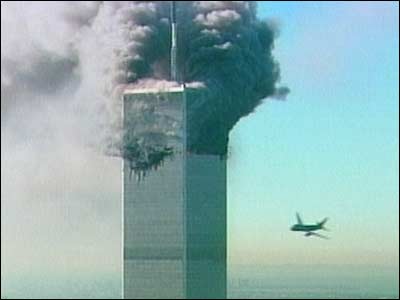 If you haven't yet seen 9/11 Flight paths, it's time. (thanks eu)
While watching the graphics, I couldn't get over how indirect the paths were. Of couse they all had to be ready at the same time. It was too well-planned. Intelligence used to destroy and not to build.

But has the world learned anything since then. Honestly, I don't think so.

WikiProtest.com ~ The Wiki of the Revolution

WikiProtest.com ~ The Wiki of the Revolution


WikiProtest.com ~ The Wiki of the Revolution

Thanks for the graphic, its so scary the depths of what some desperate people will sink to.

bb, thanks, just passing it on