Reining in Arab terrorism Until it Subsides 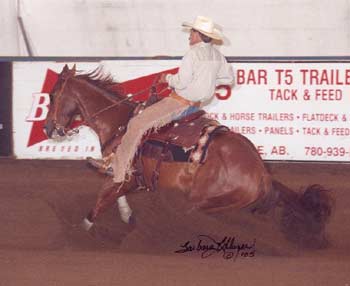 Americans try to "rein it in" with the help of the new Iraqi government.

[verb] stop or slow up one's horse or oneself by or as if by pulling the reins; "They reined in in front of the post office"
Synonyms: rein

[verb] control and direct with or as if by reins; "rein a horse"
Synonyms: harness, draw rein, rein

[verb] stop or check by or as if by a pull at the reins; "He reined in his horses in front of the post office"
Synonyms: rein

Prime Minister Ehud Olmert of Israel said Sunday that the military would not halt its offensive in the northern Gaza Strip until Palestinian rocket fire toward Israel was significantly reduced.

To sink to a lower or normal level.
1- To sink or settle down, as into a sofa.
2- To sink to the bottom, as a sediment.
3- To become less agitated or active; abate.

I may have a very dumb question:
What's wrong with trying to destroy terrorism? What would have happened over fifty years ago, if the allies against Nazi Germany had decided just to "rein them in" rather than destroy the Nazi regime?

The Americans didn't wait until the Japanese fighting subsided; they demanded a surrender, just like the Nazis had to surrender. And only then were those countries helped to get back on their feet.
reined horse

It's very nice to talk about "destroying terrorism" - but how exactly does one do it? There's no centralized command structure; and the ingredients (human and material) are cheap and plentiful. Seems to me - and I study the phenomenon with some of the best experts in the field - that "reining it in" would be about as good a success as we can realistically expect.

Not a very pleasant thought about the 21st century.

Indeed - it would be much nicer if terrorism could be completely eliminated; but given that modern terrorism is widely disseminated, largely non-hierarchical, cheap, and effective, the best that seems realistically possible is to curtail it while at the same time toughening targeted societies so that terrorism's effects are limited. One of the best defenses against terrorism is to refuse to let the terrorists manipulate us into panicking.

Nice horse - but the guy's using too much rein (with a bit, which Vaguely Sinister Wife and I don't use). Reining in terrorism is one thing; unnecessarily yanking a poor horse's head around is something else!

I don't know anything about horses, but I do know that I don't want terrorism.

About destroying terrorism - I think it is too early to start talking about the ultimate destruction of terrorism. For one, our armies are absolutely not ready for the new kind of wars, waged against terrorists. Americans, sadly, seem to be powerless in Iraq, although their army is above average, to say the least. The fact is that the West is still in the state of paralysis. It still hasn't figured out that the world has changed.

The armies are only equipped to fight other armies, like chess, according to rules.
Terror goes by a different set, and what's the point of those conventional armies if the enemies are terrorists? We need terrror-busters!