By clicking these you should be able to hear Britain's Prince William's statement in Ramalla, in which he says that he wants to learn more "Palestinian culture," sic.

While driving by Jalazon, (west of Beit El,) he did according to the Arab Press, translation click here. His vehicle was stoned by Arabs.

As Prince William’s convoy was driving through the Jelazun refugee camp north of Ramallah, Arab children threw rocks at his car. This was a very embarrassing event for Palestinian Authority leader Mahmoud Abbas and the Palestinian Authority. The official excuse for the stoning of Prince William was that they didn’t “prepare” the residents of the refugee camp for the Prince’s arrival... for complete article in Israel Unwired click here. 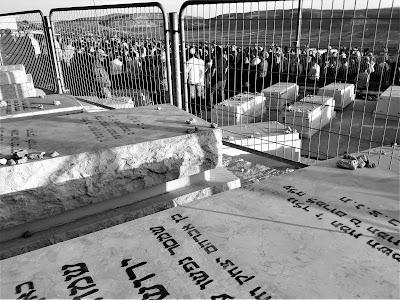 I thank You and praise You for teaching
Prince William the lesson that he needed
to learn about "Palestinian Culture".


I thank You and praise You for giving
the so-called "Palestinian leaders"
the embarrassment and exposure that
they so richly deserve, many times over.

Again many thanks to You, and
please continue the good work!