Last week, as part of the senior citizens program I attend in Ulpanat Ofra Girls High School we were taken to Jerusalem Old City for the Tunnel Tour. OK, well, to be honest I wondered if I'd be bored, since I had once taken the tour, but as I mentioned in A Jewish Grandmother, Kotel Tunnel Tour, we were treated to a complexity new activity. 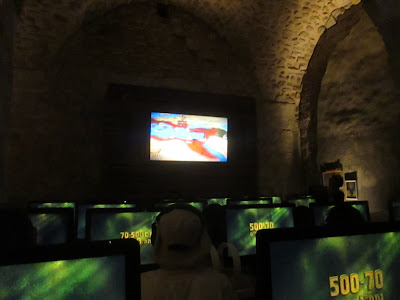 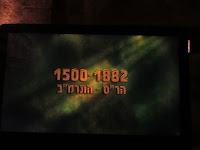 From Jerusalem to Jerusalem is an amazing personalized, computerized interactive activity which can be enjoyed by everyone, with Jewish family history, of almost all ages. The only requirement is basic reading comprehension.

First you choose your language, and then you indicated where your family was during the various eras on the screen. It's a real adventure for sure. 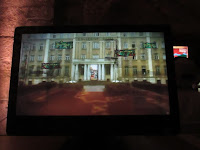 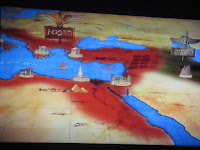 Some people will need to participate in the activity more than once if, like my grandchildren, their great-grandparents and/or grandparents have very different histories.

That's what inspired me when I wrote last night about the beauty of the prayer that announces the upcoming Rosh Chodesh, beginning of the Jewish Month. Today there are so many Jews whose ethnic history is unification of Jewish communities from all over the world. To me that's a definite reminder that the Moshiach is very, very close. I can smell it in the mixed menus of Jewish Food when we eat Eastern European favorites together with North African ones. The Jewish World is uniting, and the differences are blurring very quickly, thank Gd.

Among our friends and neighbors here in Israel, most of us have children of "mixed" Jewish ethnic histories. We pray for the day, when we all follow a united Land of Israel Jewish Ritual. I see the day as coming soon, Gd willing.
Posted by Batya at June 10, 2018

I once heard that according to the Arizal,
intermarriage between Ashkenazic and
Sephardic Jews helps to bring the Melech HaMashiach.

Unfortunately, I do not have a source for
this quote, nor the reasoning behind it.
Maybe the audience can supply a source?

It makes sense, of course. We shouldn't put up barriers between Jews.