Korach, The Gist of His Sin

In the Book of Bamidbar, which takes place at the same time as Vayikra, we read of a forgetful ungrateful people, who had just been rescued from slavery in Egypt by a very powerful Gd. Last week in Parshat Shlach, it seems unthinkable, but ten of the twelve tribal leaders, who enter the Promised Land on a pilot trip to stake out which section of Land would go for each  tribe, end up coming to the conclusion that there's no way they can conqueror the locals and live safely.

For that bad, rebellious and chutzpadik decision they're condemned to die within a short time, and the Jewish People must wander the wilderness for forty years. Only the next generation will enter the Land.

Next comes Korach. Korach is from the the tribe of Levy. Now, Levy is the tribe that Gd appointed to be in charge of the spiritual needs of the Jewish People. One branch of the tribe was appointed by Gd to be the Priests, and other branches were given specific jobs to do in the Mishkan, Tabernacle and later the Holy Temple.

By blaming Moses and Aaron, Korach is distorting/denying the divinity of Judaism.

In Korach's rebellion he gathers others dissatisfied with their roles, but soon they are defeated.

We must remember that Judaism is from Gd, and we don't have the authority to make changes. It's not a club.


Shabbat Shalom U'Mevorach
Have a Peaceful and Blessed Shabbat 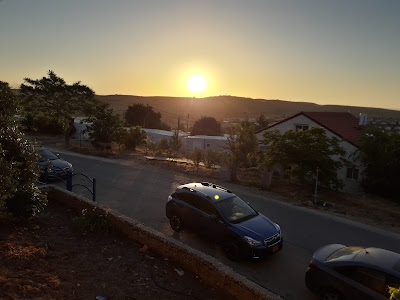 “Thank G_d, I am not jealous of a single soul,
except those Jews who have been able to
go to Eretz Yisrael.”

Now it's so easy to live here in The Land of Israel. No real reason not to.