If you're dependent on the international media for information about news here in Israel, you'd think that Israel has been attacking innocent "Gandhi style" demonstrators of all ages from Gaza. You'd never know that Gaza has been launching dangerous missiles and fire-causing weapons at Israel. 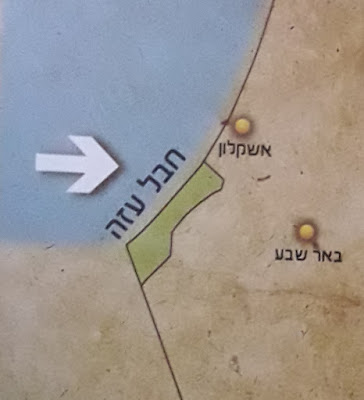 The Arab terrorist Gazans and their backers choreographed a dangerous situation. Their balloons weren't party balloons. They were incendiary devices developed to burn Israeli fields when hitting the ground. This is causes enormous damage to agriculture and the environment. Simultaneously, they have been trying to destroy the security fence between Gaza and Israel in order to invade and terrorise Israel.  None of their aims are for human rights. And to make a bigger anti-Israel effect, they use human shields, holding children hoping the youngsters would be wounded or killed in order to accuse Israel of cruelty.

At night, security alarms in Southern Israel have been going off to alert Israelis to get into shelters within seconds because of the missiles shot at them. These attacks are ignored by the International media who sides with the Arab terrorists.

What I've just written is the truth, which you're not reading in Reuters or seeing on CNN, BBC etc.
Posted by Batya at June 04, 2018

We are praying HaShem protect and keep The Land od Israel and the Jewish People safe...
Please HaShem.... Amen Amen...

Gd willing, but since our enemies are in This World, we must fight with real weapons, too.

The news media is no longer interested in reporting facts,
except when those fact fit, or seem to fit, the story that
they want to tell, because that story complies with their
personal prejudices and perceived self-interests.

Their balloons weren't party balloons. They were incendiary devices developed to burn Israeli fields when hitting the ground.

As far as I can tell, this is casus belli. Israel should respond forcefully, and need not be concerned about whether or not the response is "proportionate". Let me rephrase that- the response should be proportional with whatever is needed to dissuade Hamas from repeating this kind of thing. I am sorry for those unfortunate Gazans who do not support what Hamas is doing, but as I see it, those are the wages of war. Moreover, I think the vast majority of Gazans do support Hamas, the Great March of Return, and the murderousness behind it.

I live in country that nuked two cities because of Japan's attack on the American military. Japan wanted us out of the Pacific, but did not want to destroy the United States. The USA was not concerned about proportionality then, and Israel should not obsess over it today.

A, that's true. And about WWII on the Pacific front. The Japanese had suicide bombers and had been prepared to continue the war for years, so the atomic bomb shortened it for sure and saved many American and other lives.