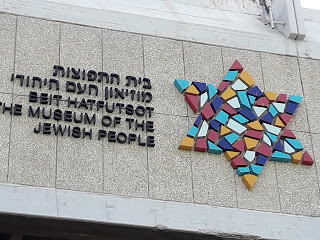 As part of the Senior Citizen program in the Ofra Girls High School, I told "my story" to the "harav dori," multi-generation site of The Museum of the Jewish People, Beit Hatfutsot, formerly called The Diaspora Museum.

It's in Hebrew, as you can see if you click above. I know that they also have an English version of the site, and I have to find out how to redo my story in English.

There are two basic aims to this oral history program. Besides having the stories of thousands of Jews from all over the world on their site, the museum also wanted the younger generation to hear about the lives of us older ones. That's why we were matched up with high school students, who asked us questions and typed up the stories on the computer.

Since our program began last fall, we've participated in many activities in which we "veteran Israelis" got to tell the teens about ourselves. I went from feeling that I had either no story worth telling or too many to choose from. This isn't meant to be a full biography, just one small but important aspect of my life. 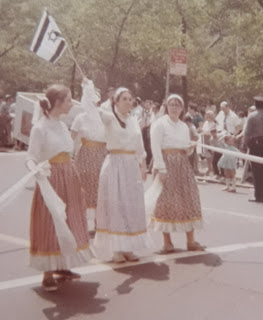 When I found a couple of pictures of my marching/dancing, while holding an Israeli flag, at the 1970 Salute to Israel Parade in New York, it seemed like the perfect example of my "old life" to contrast with my present one. In the mid-late 1960s I was one of the prominent Jewish student "activists" in New York, SSSJ, NCSY, Betar and more. Today we live in Shiloh, and over a decade ago I initiated women's Rosh Chodesh Prayers at Shiloh Hakeduma, Tel Shiloh.

Yesterday, as part of the program with The Museum of the Jewish People, Beit Hatfutsot, we went to the museum for a special tour. I hadn't been there since it had first opened forty years ago. They've changed it so much, not just the name.

To continue to build our connection with the students, we were told to walk around various exhibits with them and choose the items that we both felt connected to. By doing this we shared experiences and backgrounds. The students are the ages of our grandchildren, so they know very little about us. It was a very interesting exercise.

I definitely recommend visiting The Museum of the Jewish People, Beit Hatfutsot, and hope to go again, soon. 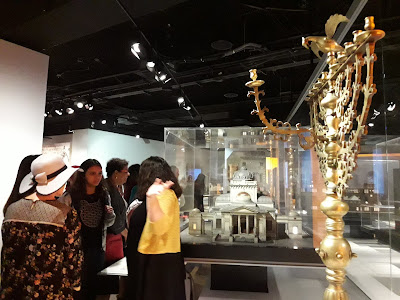 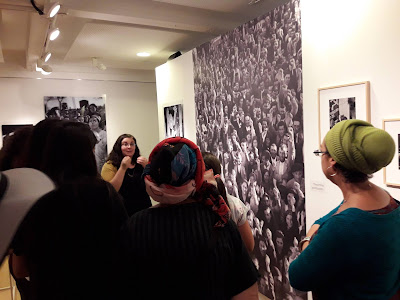 Bayta, you mentioned that you made aliyah by boat.

Are there still active sea routes that connect
New York City to Israel?

I don't know. It was Greek Lines.