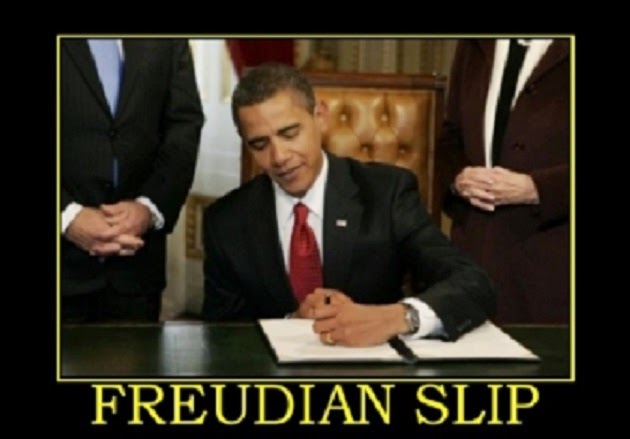 POSTED BY YITZ OF JERUSALEM:
White House Chief of Staff Denis McDonough delivered a speech at a "J-Street" conference Monday night. Several websites have quoted him as saying that “an occupation that has lasted more than 50 years must end (emphasis mine).”


This was posted on: Politico, Before It's News, ABC News, Freedom's Lighthouse, DEBKA, Western Journalism, and several others.


Interestingly, Iran's IRNA website quotes it both as "more than" and "for almost" 50 years.


Apparently, it was also posted on The NY Times' site, for it later offered this correction:


Correction: March 23, 2015
An earlier version of this article misquoted Denis McDonough when he was talking Monday afternoon about whether the United States would back a United Nations Security Council resolution pressing a two-state solution based on Israel’s 1967 borders and mutually agreed exchanges of territory. He said such a solution should be part of any peace agreement, under which, Mr. McDonough said, “an occupation that has lasted almost 50 years must end.” He did not say, “an occupation that has lasted more than 50 years must end.”


Actually, a careful listening to the video reveals him saying, “an occupation that has lasted more, for almost 50 years, must end” (at approx. 53-57 seconds into the video).

According to Merriam-Webster, a Freudian slip is a noun meaning, "a mistake in speech that shows what the speaker is truly thinking." The full definition of FREUDIAN SLIP is given there as "a slip of the tongue that is motivated by and reveals some unconscious aspect of the mind."


At least two different websites have noticed that if the so-called "occupation" began 50 years ago or more, that would put it before the year 1967, when Israel liberated Yehuda v'Shomron (Judea & Samaria) from Jordan. Meaning, that the White House now views the borders of even pre-1967 Israel as "occupied territory."


However, now that we have seen and heard the video, what apparently has happened is that McDonough, in a Freudian slip, revealed what the White House actually thinks. The fact that he could utter the word "more" (than 50 years) in the context of the "occupation," even if he quickly corrected himself and said, "for almost," shows his (and by virtue of his position, his superior's) real stance on the matter. It is obvious to me that this is the reason so many sites quoted him as saying "more than 50 years," and why The New York Times had to issue its correction.

AS IF this weren't bad enough, he also said that "the US will never stop working for a two-state solution…" I'd like to ask him: even if Abbas quits and Hamas takes over the "palestinian authority"? Even if they continue sending bombs into Israel, running down people at bus stops, and all the rest of their wonderful behavior since the "occupation" of Gaza ended? REALLY, Mr. President? Come back to Planet Earth!!!
Posted by yitz at March 24, 2015

Actually it shows you that they are exaggerating and try to make their case stronger than what it is.

It's not that anybody's thinking anything in pre-1967 is "occupied territory" - it's that they really like the number 50 - and it's so cloooose to 50 years...

So he was going to say more than fifty, but he had to correct himself to the much less powerful almost fifty years.

Yitz, thanks for posting!!!
Good point. Truth is that as far as Obama and others are concerned, the entire State of Israel is an "occupation," because they believe that we, even Tel Aviv, Haifa etc, are on "occupied Arab land."

“ISIS, also known simply as the Islamic State, has released a map of its view a future Arab world. There is no Israel on the map, needless to say. What is shocking is that there is no Palestine. Palestine, the central element in Arab nationalism, would be forgotten once Arabs conquered all the land that they had once owned. Palestine has remained an issue simply to be a way of opposing Israel’s existence. Refugees have remained in camps for over 60 years in order to make them suffer so that the world would blame Israel.”
SOURCE: Is Palestine Dead?
by Professor George Jochnowitzy 2014/7/30
www.jochnowitz.net/Essays/Is-Palestine-Dead.html

“Since the left lost control of Israel,
it has been hell-bent on destroying it.”
SOURCE: Israel’s Leftist Losers by Daniel Greenfield, 2015 March 19
www.frontpagemag.com/2015/dgreenfield/israels-leftist-losers/