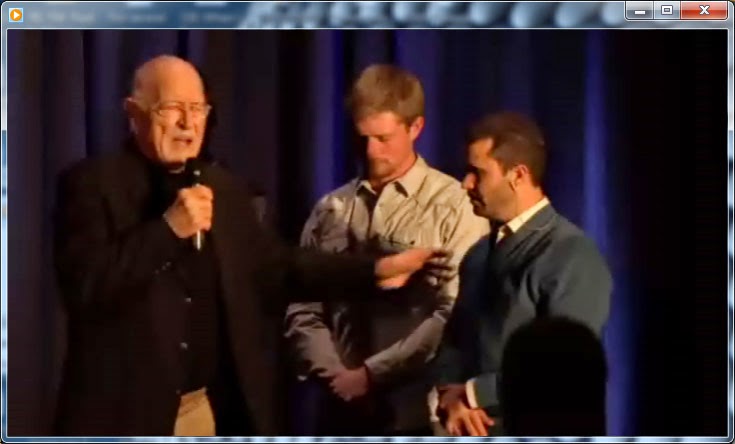 On February 22nd Jeremy Gimpel was the featured speaker at an event in Nashville sponsored by HaYovel, a ministry founded by Tommy Waller. At the conclusion of the event, Don Finto, a notorious Nashville-based missionary known for his support of the messianic movement in Israel and for public campaigns praying for Jews to come to faith in jesus, was honored by Hayovel. Finto joined Gimpel and the Hayovel team on stage where he blessed them and prayed in the name of jesus...more


Jeremy Gimpel appears with convert-the-jew Pastor Don Finto
Jeremy Gimpel fumbles with audience at Fellowship Bible Chapel
A sampling of Don Finto's teachings
Prayer for the conversion of Jews
Posted by Ellen at 8:46:00 AM

Aren't we told to not push the end... not to push to make the Moshiach come... it seems that not only are the christians doing this, but these men are doing this as well. Am i seeing this correctly?


Annie, in answer to your question you might want to read
"Jumping the Geula Gun" - a Response by Rabbi Sholom Gold to Rabbi Eliezer Melamed
http://jewishisrael.ning.com/profiles/blogs/jumping-the-geula-gun-a-response-by-rabbi-sholom-gold-to-rabbi-el

This whole subject is extremely upsetting as is the general lack of interest in it from religious Jews in Israel.

To be more honest I'm more concerned by the activities of rabbis like Rav Riskin and Rav Melamed, on account of their prestige and influence. (They are very actively encouraging evangelical xians to move to Israel.) But obviously it's all bad.

What is the motivation of these Jews: naivity, money, desire for honour, all three? Why are they intent on going against Hashem and destroying the Jewish people? and

Agree with Anonymous commenter #3. But would like to also say that Jeremy Gimpel is the same as Riskin. There is something so devious about so-called rabbis who join with avodah zorahs and, in prayer, no less. The reason for their irrational behavior, I believe, is that these two and others like them are part of those who want to merge, the religions of the world, including, c'v, Judaism. They should not be referred to as 'Orthodox', because obviously they are not.

very worrying
Ellen thanks so much for posting

Annie Jewish Messiah and Cristian are not the same at all.