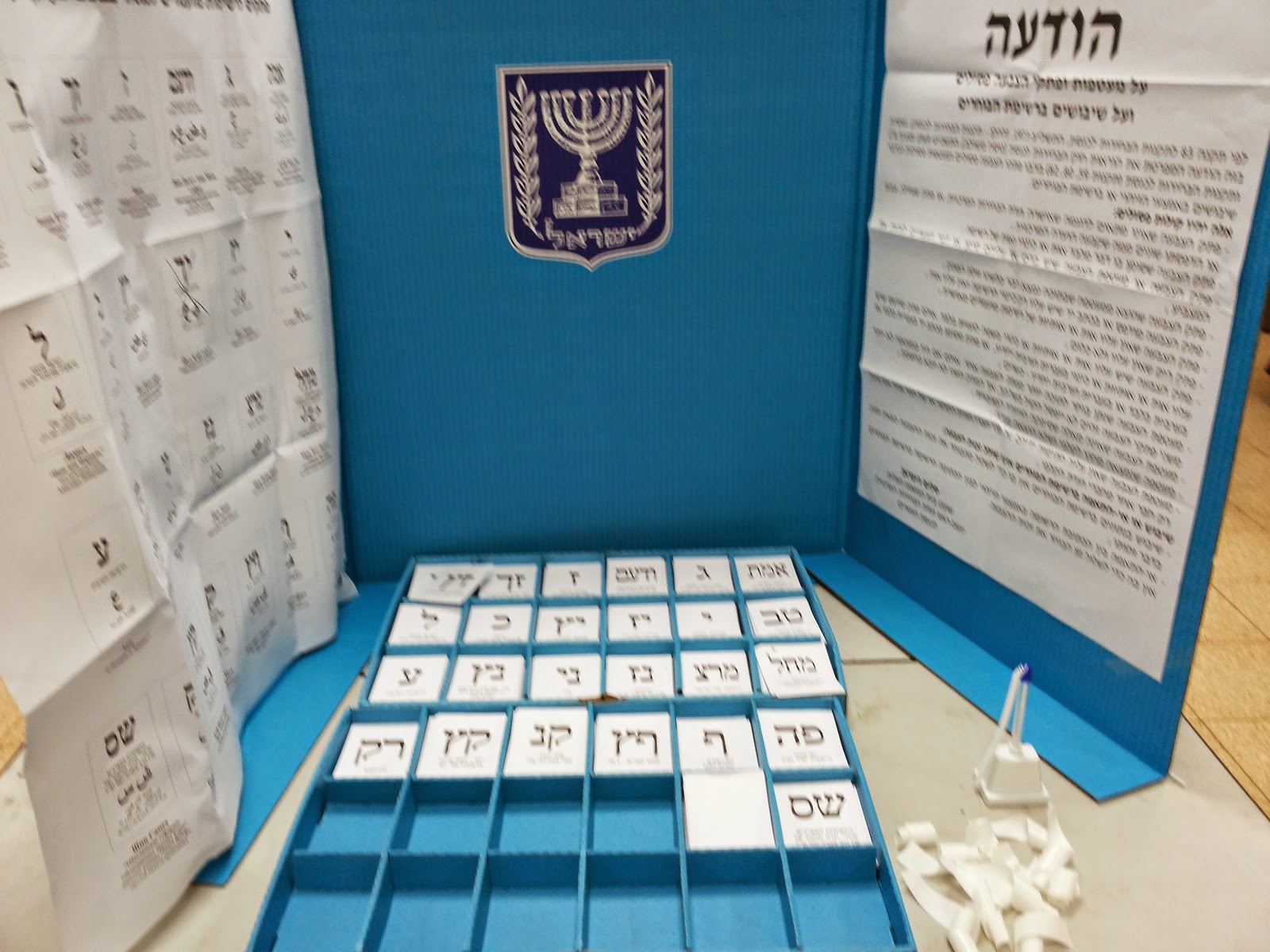 The Israeli electorate very effectively conned the pollsters by voting very differently than predicted. I know of people who intentionally and proudly give pollsters incorrect answers, and many of my friends have in principle refused to give answers at all. This "screw you" attitude made the professional polling companies look even less competent than weather forecasters of the mid-twentieth century.


Israeli elections take dramatic turn as official tally gives Likud sweeping victoryWith nearly 95 percent of precincts reporting before dawn on Wednesday, the Likud holds a major edge over Zionist Union in the distribution of Knesset seats. According to the official up-to-the-minute tally, Likud wins 29 seats while Zionist Union comes in second at 24 seats.The parties that follow are Joint Arab List (14); Yesh Atid (11); Kulanu (10); Bayit Yehudi (8); Shas (7); United Torah Judaism (7); Yisrael Beytenu (6); and Meretz (4).Eli Yishai's far-right Yahad party has thus far failed to make the cut, though it has hovered near the minimum threshold throughout. These results are not final since 10 percent of precincts still need to report their results.(Jerusalem Post)

The unabashedly loony Left Israeli media had been excitedly salivating over a Herzog-Livni victory, like some college freshman about to go to his first drinking party, even wondering if Netanyahu would have the guts to show up to admit defeat.

Of course winning the most Knesset seats, as the Left had learned the hard way a few elections ago, does not mean that the prize, being Prime Minister, is guaranteed. Now the dirt is really going to fly. Moshe Kahlon and his Koolaid, we're "altogether" party will be wined, dined and effectively bribed from both sides.


With the keys to the next government in his hands, Kahlon looks to wield far more influence than the 10 out of 120 seats in parliament that his new party is projected to garner and focus the next government on tackling his flagship cause — Israel's high cost of living. (Yahoo News)

I know little about him and wouldn't venture a guess as to which way he'll go, besides for the best deal offered.

Unlike many who had been planning on voting for Naftali Bennett's Bayit Yehudi, Jewish Home, I didn't heed Bibi Netanyahu's plea to give him the vote and make Likud stronger.

For a couple of very important reasons I voted for Bennett. One is that I know very well that regardless of Netanyhu's veering to the Right in his campaign he would be giving us another Center-Left policy government. I just don't trust him, even though I think he's far superior than his national competitors.

I want him to really need Bennett's MKs, so a weakened Bayit Yehudi is bad.

I've done my share for Israeli democracy, and now I'll take my usual seat to observe the politicians play their games and pray that it will be good for the State of Israel and the Jewish People. 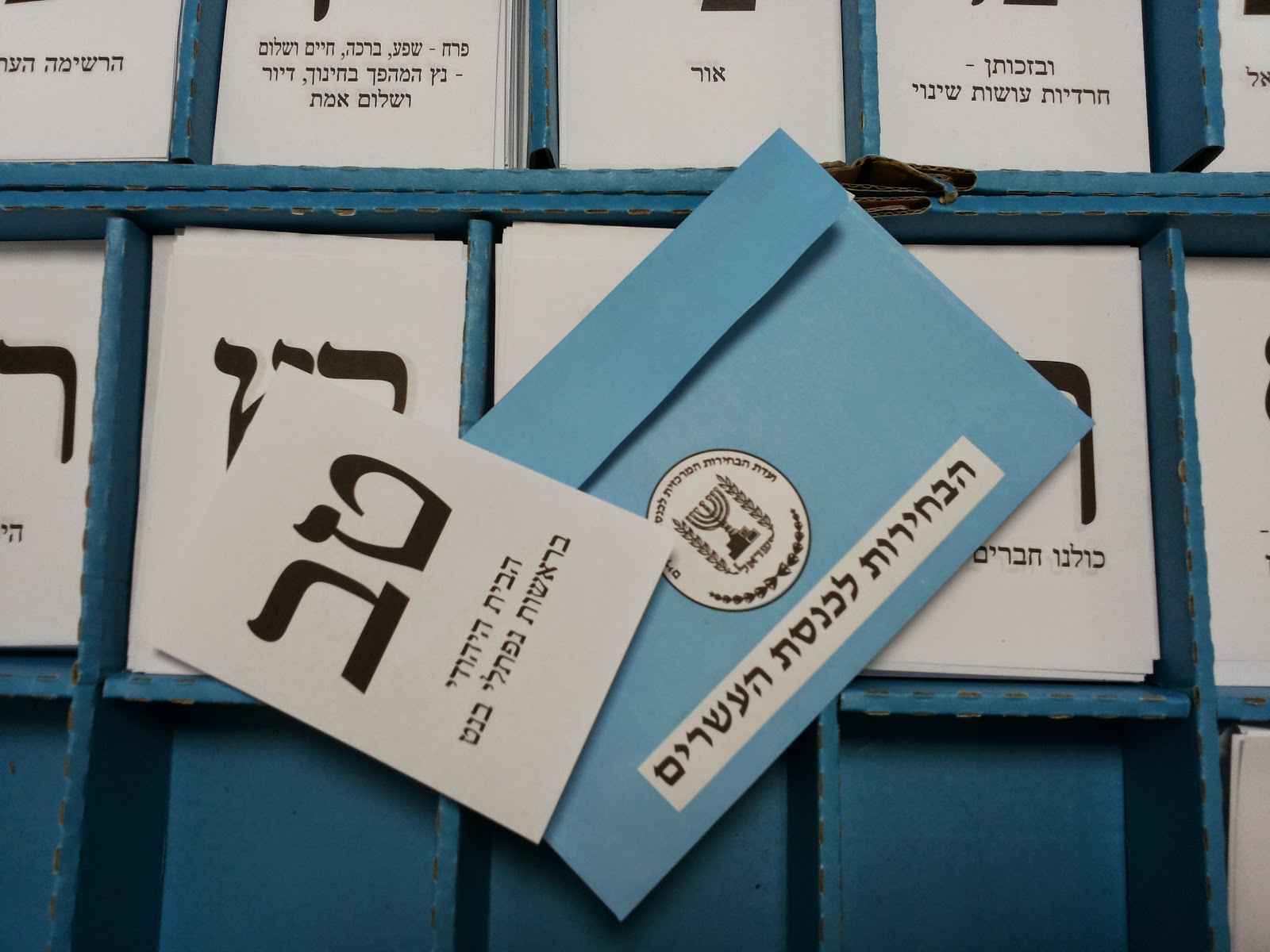 I and all my friends are quite pleased with the results so far this Tuesday evening. Israel is always in our prayers;-)))))

Gd willing. I am never optimistic

Right now the name of the game for the left is BLOCKING. They cannot form a goverment. But they can make it difficult for Bibi to do the job. Are we ever going to get Am Yisrael to work together in a real majority government? Apparently not till Mashiach.

In 2015, the U.S. will give Israel $3.1 billion in total aid. Plus $619.8 million in defense aid. Since you think our generosity is a "sham" I will ask my members of Congress to stop giving anymore welfare. I would rather see this money go to Americans and not a bunch of ingrates. Thank God you and your ilk moved to Israel. The farther away the better.

Israel isn't a poor third world country. It gets coupons for military industry and the Americans are happy with the improvements Israel requests. The Americans benefit from that.
Honestly, we'd be better off without the faux aid. We would have a healthier economy.

more info about the US aid to Israel. the US "aid" to Israel is actually a subsidy of US industries, at the expense of Israeli industries. many other countries get foreign aid from the US, but Israel is the only one that "gives back" by beta-testing US products and making improvements. in many cases, the US gives Israel "free" products in order to prevent Israel from developing its own products that might compete with US products.

Leah, exactly. It's to Israel's detriment in all honesty.

Ever notice that those who complain about foreign aid to Israel never mention the 30 billion dollars and tens of thousands of US troops used to defend South Korea from North Korea or the billions of dollars used to maintain US bases in Germany, or the billions spent on the Egyptian military, a country with no national enemies...http://en.wikipedia.org/wiki/List_of_United_States_military_base so singling out Israel makes one a anti-semite.