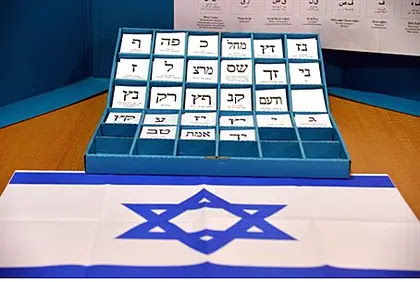 The Herzog-Livni campaign is based on the premise that Israel wouldn't couldn't survive without American support and aid.  That's a lie.

The Israeli economy is strong, and American "aid" is a sham. Not only does it consist of shopping coupons, but the coupons are to boost the American economy and to the detriment of the Israeli one.

In addition the percent of the Israeli budget of these "gifts" is so minor/tiny minuscule that the lack of this aid wouldn't be noticed once new home-grown sources were activated, and this would be good for the Israeli economy. It would also enable Israel to export more, another good thing for the economy.

This fallacy that we need America is very much like the "sin of the spies" which was a great mistake at a crossroad of Jewish History. Instead of trusting that G-d would perform a miracle when necessary to enable the Jewish People to take over the HolyLand, ten out of twelve tribal elders insisted that the locals were to strong. That caused the need to wander in the wilderness for 40 years. Then they were tested again and thank G-d passed.

We are at another crossroad. The United States and Barack Hussein Obama aren't our savior. If anything they are our enemy.

Israelis must only vote RIGHT, not LEFT.

I suggest Bayit Yihudi or Likud!! Nobody else!