NO RIGHT TO COMPLAIN!

The following is my translation of a Facebook post by MK Moshe Feiglin of the Likud, from the original Hebrew - by Yitz of Jerusalem. 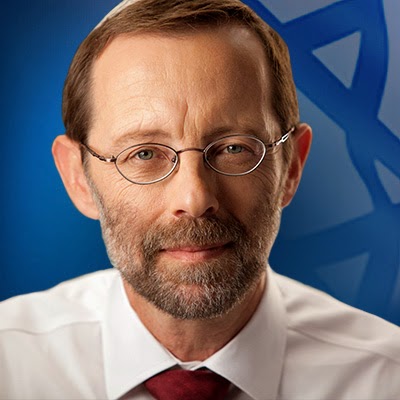 We can deceive ourselves - but not the world.


The "annoyance" due to the world’s recognition of the Fatah-Hamas government, does not convince anyone - and rightly so.

What did you think, that if we fool ourselves for 20 years, we can then fool the rest of the world?

20 years ago, all the leaders of Israel - right and left - shook the hand of the most 'prolific' murderer of Jews since Hitler - and with one stroke of a delusional treaty turned him and his cohorts into a civil, peace-seeking organization.

In the process of this surreal self-deception, Peres and his cohorts liberated hundreds of killers and gave them thousands of automatic assault rifles. The Wolf brought into Grandma’s House devoured thousands of Red Riding Hoods, and continues devouring. Just last week these guns were used in shooting attacks - at least twice.

The Peace Industry flourished, Peres and many of his cronies became fabulously rich; careers in the academic, legal, security and communication fields were built upon this lie - and in ever-widening circles it became very important to silence any protest or those who simply think differently.

The King continued to walk naked and the children's voices were silenced.

Israel continued to deceive its citizens and to negotiate with the murderer of the Israeli athletes at the Munich Olympics; one who continues to pay salaries to murderers freshly in prison, to educate the children of his people to kill Jews, and to name the streets after other murderers.

Oh my G'd, when are you guys going to take back your country before it is to late?

Yitz Feiglin is an MK I want to see action.

Great article about how Peres, Beilin, Pundak, Meretz etc who gave a base to Arafat and his terrorist thugs.
All of them even after Arafat's homicide bombing campaign against Israeli civilians were all apologists for Arafat.

Peres opposed bombing Iraq's nuclear facility in 81.
Peres like Pundak, Meretz and Beilin opposed Israel going into Jenin in 2002 after Palestinian homicide bombers from Jenin were slaughtering Israeli civilians, including the Passover massacre.

Peres opposed going into Jenin cause he was more concerned about his legacy and appeasing Arafat who was behind the atrocities of Israeli civilians.
If you remember, Peres was on of the promoters of the Jenin massacre hoax to protect his legacy.
Google, Peres calls IDF operation in Jenin a 'massacre'

Peres opposed killing Yassin in 2004.
Peres said this after Israel killed Yassin in 2004.
And what was it that Shimon Peres said after the Yassin assassination Peres said: “We must look terrible . . . for killing an old religious leader in a wheelchair coming out of a mosque. . . . I never thought they would dare to go through with it. . . . Had I been a member of the government I would have voted against this. . . . only by assassinating the reasons for terrorism can we assassinate terrorism.”

From 2001.
Beilin the sicko appeaser of Arafat the terrorist.

*Arafat cannot be expected to order the Arabs to stop the violence since they will not honor his order to stop shooting.

*It was Ariel Sharon - by his visit to the Temple Mount last fall - who set off what the Arabs call the six month mini-war - dubbed by them as the "Al Aqsa Intifada.\"

*PA Minister Falouji's statement in February that the PA prepared for the violence before the Sharon visit is false - he made the claim, says Beilin, since Falouji was formerly in Hamas and wished to embarrass the PA. (ed.: Following is an excerpt of the Falouji speech, courtesy of MEMRI: "Whoever thinks that the Intifada broke out because of the despised Sharon's visit to the Al-Aqsa Mosque, is wrong, even if this visit was the straw that broke the back of the Palestinian people.

This Intifada was planned in advance, ever since President Arafat's return from the Camp David negotiations, where he turned the table upside down on President Clinton. [Arafat] remained steadfast and challenged [Clinton]. He rejected the American terms and he did it in the heart of the US.")

*Ehud Barak made a mistake when he submitted a report to the Mitchell Committee that blamed the Palestinians for the violence rather than Ariel Sharon.

* The Jordanian-Egyptian proposal (that would remove any restrictions on the PA so that it could more easily bring in more weapons and distribute them and make additional preparations for additional attacks against Israeli targets) should be accepted.

Although he also issued a call for the resumption of talks, senior Israeli government ministers have rejected what they view as just the latest PA ploy; they are insisting that the warfare come to an end unconditionally prior to Israel making any new "gestures towards peace.

Beilin, Peres and Pundak who created the abortive Oslo refused to apologize for the vast graveyard of murdered Jews for which they are responsible.
Thankfully Pundak is in hell now for all the Jews he's responsible for getting murdered by Arab terrorists.

Remember when these fools would say, Arafat was not responsible for starting the 2000 terror war.

Can these appeasers Read.

Beilin hopefully he will join Pundak in hell for all the Jews he's responsible for getting murdered and maimed.
Here is Beilin in 2001 talking how Israel should appease Terrorfat.

It Would Be a Mistake to Crush Arafat
NATHAN GARDELS
June 06, 2001

YOSSI BEILIN was justice minister in the Israeli government of Ehud Barak and a key architect of the Oslo accords. He also was the top Israeli negotiator in the Taba talks last January after Camp David. Beilin was interviewed by Global Viewpoint editor Nathan Gardels.

Global Viewpoint: Some have charged that Ariel Sharon's secret agenda is to crush Yasser Arafat and the PLO because he disregards him as any kind of partner for peace. What would be the consequence if Sharon succeeded?

Yossi Beilin: It is completely foolish to throw Arafat away and say, "We don't have a partner." There would be nothing easier than doing this. It would be easy to go to Arafat and say, "We want a better partner, someone more diplomatic and polite, less mercurial, more predictable and more in control. You can go retire in Tunisia." Others say they are just tired of hearing the same old song from Arafat and that we should wait for a successor. Well, we waited for a successor in Syria, and look what we got.

We may be dissatisfied with Arafat as a partner, but compared to whom?

No. Arafat must be our partner. He is still regarded by his own people, whatever their criticism, as their sole leader.

For years we wanted to make peace with the Palestinians but could not find an address of someone to negotiate with. Arafat is that address.

If we get rid of him, then Israel cannot arrive at a comprehensive settlement. Instead we will have to negotiate cease-fires, block by block, on a daily basis for various hours on given afternoons with angry 17-year-olds who carry big guns over their shoulders.

GV: But how can you get anywhere with Arafat? He was offered 90% of what he sought in Camp David II, yet rejected it and let the violence erupt. Former President Clinton has told friends that he was "fooled" by Arafat.

Beilin: Camp David II was only the first round of the final talks. It was literally the first time the Palestinians were presented with the outlines of a final settlement. Before Barak, no one had the courage to go that far. Subsequently, in Taba in late January, the Palestinians came much closer to accepting the terms of a permanent settlement.

GV: But it was Arafat who blew that too with his virulent attack on Shimon Peres in Davos at the beginning of February, scuttling a planned summit with Barak later that week in Sweden.

Beilin: Yes, that was a disaster. And the Palestinian answer is not convincing--that Arafat was only handed his speech in Arabic at the last moment to respond to Peres, but that this speech had been written two weeks earlier.

The point is that history does not come in neat, clearly marked packages. In politics, all of us hold different positions at different times. This is as true of Arafat as anyone else.

Why all the rhetoric about these haters of Jews and Israel? Whether the vulture or any of his cohorts, the only Israel they want is a Jew-free Israel, physically and spiritually! In other words, Amalek at work! Jews need to awaken and realize, world powers are all in on the destruction and it's all spelled out in our Torah which spells out their plans but will bring about their own undoing. The Jew who still doesn't understand or see this, has to be living in a bubble (of course, am being kind).