Feeling Rather Schizophrenic at Work 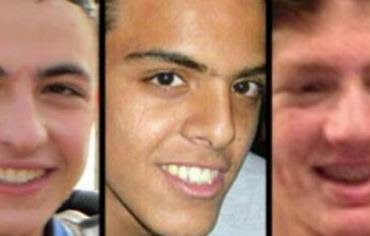 I like pretty much all Israelis, Jewish ones at least, am worried sick about the three Jewish teens who had been kidnapped by Arab terrorists. But while tens or hundreds of thousands of Jews mobbed the area of the Kotel, Western Wall in a massive prayer for G-d to intercede and save the three boys, Gilad Shaar, Eyal Yifrach and Naftali Frankel, I was in Yafiz, Sha'ar Binyamin, working with and selling to Arabs.

On my way to work, yesterday afternoon, I had been wondering if it would be business as usual in our strange oasis of Jewish-Arab coexistence, or would the Arabs not turn up, all claiming illness from the same epidemic or would there be terrible tension between us.

Once I got there, it actually appeared very business as usual. There was the usual polite Arab staff, who understands very well on which side their bread is buttered. I doubt if many would be working for Rami Levy if they could get such a well-paying reliable job in their own town or village. It would certainly endanger them to say that there was any other reason they are working for a Jew. Not being "pc, politically correct" in the Arab sector could easily be fatal.

The Arab customers, were also their usual self, looking for bargains and possibly looking for clothes that would make them look more Jewish. I have dealt with Arabs who come with their kids and try to force the children to speak Hebrew. One young father proudly told me that he lives in Pisgat Zeev.

And how did I feel about it all yesterday? I certainly was more suspicious than usual. It's hard to take the Arabs' smiles and polite words at face value. Politics and security, topics never breached, seemed even further away.

Our patience when Arabs tried to bargain or pretend that the signs indicating what size is on the shelf mean price was pretty thin. We did our job as well as we usually do. It's very much like the song "There's No Business Like Show Business."


Honestly, I would get another job if I could, but at my age, not many people are willing to hire me.
Posted by Batya at June 16, 2014

The ageism in this country is sick - older people make some of the best, most, reliable, experienced and hardworking employees.
Problems, suffering, death, misery....all over the world. I know they have it coming to them for how they have treated klal yisroel but it is still awful to witness such suffering.
Worst of all our suffering, our boys abducted- because of the fools that are allowed to lead us. Those that allow murders to walk free and the innocent to be held hostage - will surely have a stiff price to pay when they meet their maker
We need a new government, we need a new leader and most of all we need Moshiach - who can and will lead the world to peace.

What is it about "Israeli Arabs" where they know full well that ANY other Arab country would never treat them like Israel treats them, yet always, inevitably, they feel an enjoyment in out pain. Okay, they would love to steal the country away from the Jews, or banish the Jews from "their" land. But then that would leave them alone to govern, and then - well they will only look like any other Arab nation. So what is it about this strange breed of man who suffers from cognitive dissonance.

a, yes, age discrimination is making it hard for me to get my foot in the door. No doubt if my boss hadn't asked me to work in the store I never would have gotten the job.

van, the Arabs who work with me and in Rami Levy don't need Israeli citizenship.

I am worried sick, also. I can not fathom the sense of urgency and the anxiety the family members are feeling, if I am so worried.

Age is a problem, here, also. It is difficult to gain employment if you are older. Age discrimination is common, although the employer will somehow make up other excuses in their documentation.
-Lorri M.

Lorri, nobody even bothers replying.