Israel is Under Attack; The Arabs Don't Want True Peace 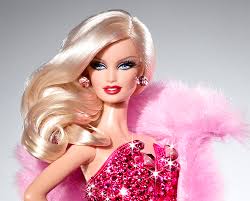 Just to get things straight.  Fake peace is like a piece of plastic being marketed as a diamond.  The "peace sic deal" the USA under Obama and Kerry are promoting is just like that cheap piece of plastic.  It's no diamond.  At present the Arabs don't want peace with Israel, and they haven't stopped attacking us.

Palestinian Authority Arabs from the village of Al Aroob rioted and blocked the only road connecting Gush Etzion with Kiryat Arba-Hevron Thursday nightRead more at: http://www.jewishpress.com/news/breaking-news/arabs-block-highway-south-of-gush-etzion/2014/02/06/


On Saturday evening a rocket was fired by terrorists from Gaza towards the northwestern Negev. The IDF stated "no damage or injuries were reported."
The latest rocket follows three attacks on Thursday. In the first attack, a grad rocket was fired at the Eshkol Regional Council; earlier in the day, terrorists fired a rocket at Ashkelon, and before that at the Hof Ashkelon Regional Council.  Arutz 7

Peace only happens when one side declares unconditional surrender or both sides really want peace and are actually living peacefully side by side.  This just isn't the time for peace.  There's no way a true lasting peace can be achieved when the Arabs haven't stopped attacking us.


70% of Israelis don’t trust US on security, says poll
Seventy percent of Israeli Jews do not believe the US can be relied upon to maintain key Israeli interests and security requirements in the American- brokered agreement being drafted with the Palestinians, a Geocartography Institute poll taken this week found.When the pollsters asked respondents whether they trusted the US under  to maintain Israel’s interests in a deal, 23% said definitely no, 25% said no, 22% said not completely, 17% said yes, 8% said definitely yes and 5% had no opinion.Asked whether they agreed with recent criticism of US Secretary of State John Kerry by top Israeli officials, 67% said yes and only 32% said no.

The big problem is that our politicians in power refuse to listen to their brains and constituents.  They prefer trying to curry favor with Obama and other foreigners.
Posted by Batya at February 08, 2014

The so-called peace we're under pressure to buy is as real as Barbie's jewels.