Kerry to US 'Jewish leaders': 'I know what's good for Israel better than its elected leaders' 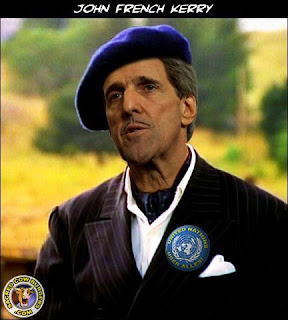 US Secretary of State John Kerry has told a group of American 'Jewish leaders' that he knows what's good for Israel better than that country's elected leadership.


An optimistic-sounding Kerry asked the Jewish leaders for their help in supporting the newly restarted talks, The Times of Israel learned, saying that he feared for Israel’s future if a peace deal is not reached.

Ruthie Blum, could my tagging her have been the problem?
Caroline Glick

When failure carries no cost

This week, after a three-and-a-half-year delay, US Army Maj. Nidal Malik Hasan was finally placed on trial for massacring 13 and wounding 32 at Ft. Hood, Texas, on November 5, 2009.
Hasan was a self-identified jihadist. His paper and electronic trail provided mountains of evidence that he committed the massacre to advance the cause of Islamic supremacy. Islamic supremacists like Hasan, and his early mentor al-Qaida operations chief Anwar al-Awlaki, view as enemies all people who oppose totalitarian Islam's quest for global domination.

john k is unbelievable. i just pray and pray for the mosiach to come now. its obvious no one can untangle the mess a part of mankind has and is doing. G-d save israel and in HIs mercy the rest of the rest of the world.