The Leftist and loonier press and politicians have been touting Arab "spring" uprisings as something great and encouraging these past few months.  No surprise to me at least; those "spring" uprisings have bloomed into anarchy and violence.  There's a limit to how long international Leftist mentors and trainers can keep the masses under control.

Egypt, for example, is not an advanced, western, peaceful nation.  Just because Mubarak was ousted doesn't mean that his successors will be any better.  Egypt is now in turmoil; unrest reigns supreme. 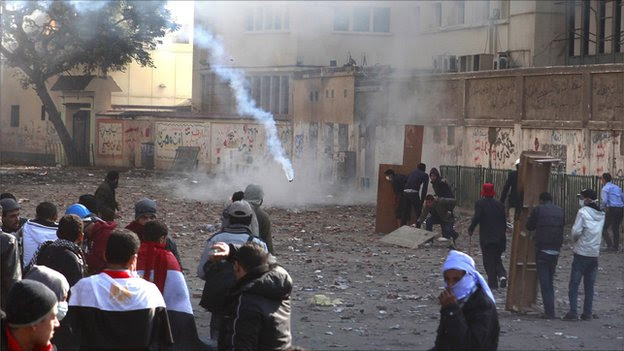 Protesting and demonstrating can be a lot of fun.  Define "fun."  Each society, culture sees it differently.  The smoke in the Egyptian demonstrations (riots) is very different from the smoke seen in this Occupy Wall Street video (hat tip Heshy.)

Nu, some of you obviously think I don't get it about Brian Havig's video, but like in all great comedy, there's a lot of truth.  That's right.  Without touching on real issues, it's not funny.  That's why Dry Bones is so successful.

Ya'akov takes the truth and presents it simply and clearly without too many distracting words.  I try not to elaborate too much when writing.  I've been describing the Israeli faux social justice demonstrations as Korach.

The problem with that is that too few people know the significance of Korach in Biblical Jewish History. Just trying to google/find a link about Korach that uses terms that ordinary people can understand is difficult.  Ordinary people know virtually nothing about the Bible.  I was once such a person.  Only in recent years have I begun learning more seriously and be able to connect the various historic events and people.

I'll try to explain who Korach was and why he's considered a very dangerous leader.  During the forty year trek the Jewish People took from Egypt to the Promised/Holy Land, Moses was designated by G-d to lead.  The hierarchy of leadership, including religious, was also clearly assigned by G-d.  Korach was a cousin of Moses and protested his family's inferior status.  This only affected his immediate family, but to garner more supporters he embellished his protest.  It was very much like all the recent protest movements, whether in Cairo, Tel Aviv, Wall Street-NYC etc.  No matter what your gripe, you're invited!

That's anarchy.  Who's behind today's international protests?  Good question, shades of Korach  for sure.
Posted by Batya at November 22, 2011