In Just An Instant...

In just an instant life can change, from joyous laughter to tragedy and death.
Here in Israel, we take it in the opposite direction. We begin our Independence celebrations remembering those people who lost their lives fighting for our freedom and security and for those murdered by terrorists.
I just returned from our Shiloh Memorial Event. 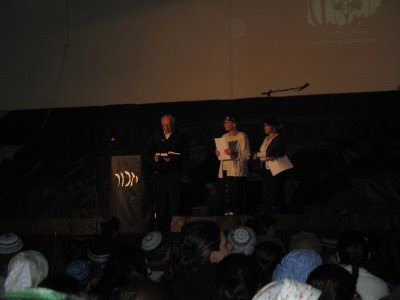 Besides a few traditional prayers and T'hillim, Psalms, we heard the stories behind the establishment of a few communities named after people who had been killed. Then there was a movie about neighbors, all young, who had been murdered. Their families spoke about them.
It was held in the "Payis Building," our sports center, where many large events take place. It was good that we were kept in the dark, more private, at such an emotional program.
Tomorrow there will be a ceremony at the Shiloh Cemetery, and then we end the day of mourning together. 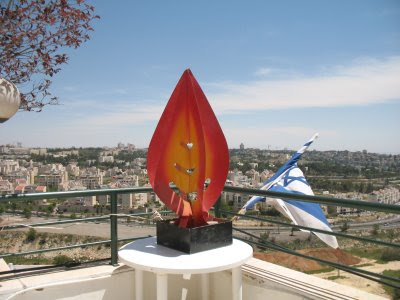 And then, the celebrations will begin.

In just an instant, we will go from mourning to celebration! 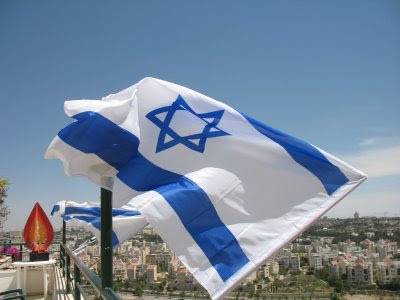 Since Israel Declared Its