Exile by any other name is just as Evil 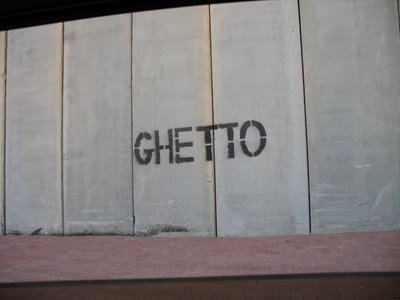 Whether it's called התכנסות, "Hitcansut," or Convergence, or Disengagement it's all the same. And just because Olmert has decided it's "bad business" to use the term "Hitcansut," or "Convergence" does not mean that he has changed plans.

He's only changing labels, like those magicians with their "Sleight of Hand" technique. Olmert and gang are prepared to keep changing those labels until we're dizzy.

So I wasn't surprised this morning to see staring at me on the computer screen. Olmert Pushing Roadmap Plan
Blair arrived in Jerusalem late Sabbath afternoon, meeting with Mr. Olmert to hear what steps are being taken by Israel towards the implementation of the UN-brokered ceasefire in Lebanon, UN Resolution 1701.

It should have been obvious. Why else was Blair here on Shabbat? Blair is also under pressure to resign. So now Olmert's using the Roadmap label. It is also a plan demanding the destruction of Jewish communities and the ghettoization, apartheid of Jewish life in Israel.

The simplest way of proving that he hasn't changed policy is that the ghetto walls are still going up. None of the government spokespersons have said anything about pulling them down.

We have to fight the plan, not the labels.

We have to fight for the right for Jews to live in the Entire Land of Israel without restrictions! 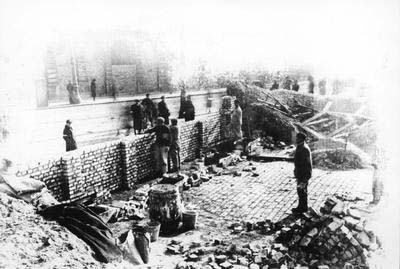 Blair is trying to shore up his legacy at Israel's expense.

and Olmert is using Blair as "cover"
two rotten men