I headlined this post with "PA's Abbas slathered in Teflon," because too many people are being unrealistically optimistic that Mahmoud Abbas's recent rant will finally show the world how unsuited the Arab dictator is to "make peace" with Israel. I hate to rain on the parade, but most people who worship the "two state solution" as a utopian ideal, a "solution" to the violence between Israel and Arabs, are too enslaved by their ideology to open their mind to the facts.

The fact is that inventing another Arab country and putting it between the Mediterranean Sea and the Jordan River, in the heartland of Israel and Jewish History will only cause a terrible catastrophic war. At best, the State of Israel would survive, but if that doesn't happen-the worst case scenario, the Middle East will explode in horrendous violence affecting the entire world, Gd forbid.

It doesn't surprise me that international leaders, media and diplomats are addicted to the fiction that Israel has a "peace partner" in Mahmoud Abbas and his Fatah. Less than a century ago, nobody took Hitler seriously either. The truth is because they didn't care. As long as Hitler concentrated on ridding his country of Jews, they didn't mind. You know that's the truth. And in the early days of Hitler, loyal German secular Jews were certain they would be immune. The Holocaust began with small, almost painless steps.

Besides rare brave idealistic individuals, the Jews of Europe had no help in escaping the Nazi's plans. Today things are worse.

The totalitarian Leftist media is making any pro-Israel and pro-truth about Abbas/Palestine, sic, into forbidden obscenities. Universities are refusing or disinviting speakers who represent the right for Jews to live in an independent and secure Jewish country. This takes place in the United States along with Britain, Europe etc.

It is of the utmost importance for us to recognize that logic and facts won't get through to most people. They are too attached to their dangerous unrealistic dreams. We have to try to make them see the truth and recognize that they are encouraging and supporting the destruction of the State of Israel and World War Three. 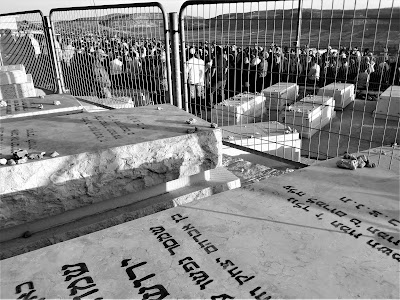