I'm not the only one who has been disappointed in the actions and words of Israel's President Ruby Rivlin, but yesterday he redeemed himself:


PRESIDENT RIVLIN TO FOREIGN ENVOYS: ISRAEL ‘NOT COMPENSATION FOR HOLOCAUST’
Rivlin noted that his own family came to the Land of Israel well over a century before the Holocaust and said other Jewish families were already living here long before the arrival of his own ancestors. “The State of Israel is not a colonial project, and not compensation for the Holocaust,” he declared. “The State of Israel came into being from the right of the Jewish people to self-determination in its own homeland.”

The Jewish struggle for a state, self-government isn't something modern. It didn't begin in the 20th century or even the 19th century. It began two thousand years ago as we lost our independence to foreign invaders who toppled our king, tried to ban the Jewish religion and destroyed our Holy Temple in Jerusalem.

Yes, really. That is what the Great Revolt by Simon Bar-Kosiba aka Bar-Kochba was about.


The war began as a guerrilla struggle against Rome in 132 C.E. Within a short time it had spread throughout the country, and the rebels took Jerusalem, which had not been heavily fortified by the Romans. It is possible that sacrifices were now reinstituted and that work was begun on rebuilding the sanctuary. From the coins Bar Kochba struck we know of his high priest, Eleazar, who must have taken the lead in efforts to reestablish sacrificial worship. Here we see a reflection of the ancient concept of two messiahs, a lay and a priestly figure, prominent in the Testaments of the Twelve Patriarchs and in certain Qumran scrolls.
We know from the documents that the country was organized into administrative districts, that taxes were collected, and that governmental operations were carried out by Bar Kochba’s supporters. Bar Kochba observed Jewish law, and it may be stated that the documents confirm the close relationship be­tween this “messiah” and tannaitic Judaism. Parenthetically, the texts also show that Hebrew was very much a living lan­guage at this time, and that, along with Aramaic and Greek, it served a large segment of the population. (read complete article by Lawrence Schiffman)

After Bar-Kochba's failure, no national leader or movement managed to inspire the Jewish People until Herzl's Political Zionism in the 19th Century.

Yes, that same defeated Jewish People were not destroyed. We survived those two thousand years, because Jewish religious leaders managed to codify Jewish Law into a "doable" lasting religion that is observed until this very day. That codified Jewish religion, based on the Bible is the key to our survival, when all of our ancient enemies are long gone.  There is no historical comparison with any other people/religion. And there is no other land-based people religion like the Jewish one.

The Jewish Calendar and Holidays are totally geared to the Land of Israel and agriculture here. The Modern Zionists of the 19th and 20th centuries embraced agriculture to celebrate this unique connection. Within a few decades, the barren wasteland began to bloom, and today Israel's agriculture and modern technological innovations have revolutionized agriculture all over the world.

The United Nations, European Union and other anti-Israel, anti-Jewish bodies will not succeed in doing what the Ancient Greeks and Romans failed to do. They will join the growing list of Jewish enemies buried in history books. 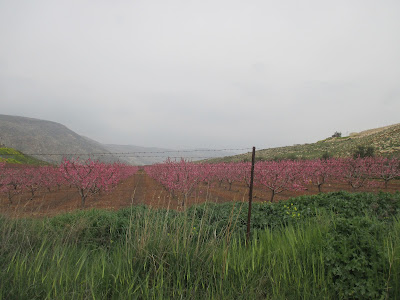 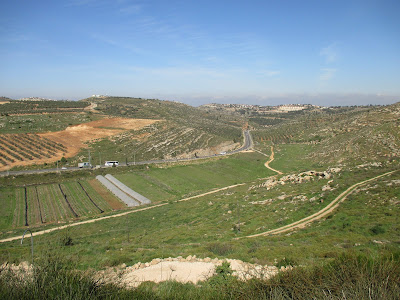 Since this article mentions Bar-Kochba,
the false messiah, this link is relevant:

Mr. Cohen, why do you say 'false' messiah about Bar Kochba? He had the potential to be the true Moshiach as he was a direct descendant of Dovid Hamelech. Guess, it was not his destiny because he himself ruined it. That is why Rabbi Akiva had such hope in him because he could have been Moshiach, just as Melech Chizkiyahu could have been. But, H' runs the world and it was not their destinites and at that time of history. Moshiach will now come in 'its time', at the end of history, which, hopefully, will soon be b'rachamim.

For there to be a true Moshiach, it takes recognition by the people, too. Otherwise, we still wait.

But, when Moshiach will come 'in its time', Moshiach has to come and we have to remember if we are talking about MBD, he is anointed by H'. Just as King David was anointed by H' through His emissary then, Shmuel Hanavi.

Not so simple at all. And not like the days of Shmuel.

Batya, the Torah doesn't change. Modernism doesn't change Torah. Moshiach is in itself a subject that many reject and cannot understand it because they do not know Torah or understand even the meaning of Moshiach. Moshiach will have to be a direct descendant of King David and will be anointed, most likely by Eliyahu Hanavi; just as Dovid HaMelech was anointed by Shmuel Hanavi. All that's changed is the millenia that passed, not the truth of Torah.

Way back then, the Jewish People wanted a king, though for the wrong reasons, so accepted Saul, then David. Today, we don't have that willingness, so it will be more complicated.

And in the Torah, Gd makes it clear that we are supposed to have a king but does not say how the king will be appointed.