Apparently, I either erased the ending of this post or never finished writing it before originally posting. Now, it's complete. Sorry for the mess. 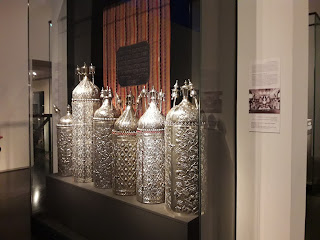 One of the simplest proofs that today's Jews are the direct descendants of Biblical Jews can be found in the language of the Bible, the text, narrative and lettering.

Even at the peak of the great two thousand 2,000 year exile, Jewish People and communities were discovered all over the world, India, Europe, Africa all reading from the same scrolls, following the same holidays and rituals, telling the same historic narrative and yearning to return to the very same Jerusalem.

It's that simple to say and easy to prove. 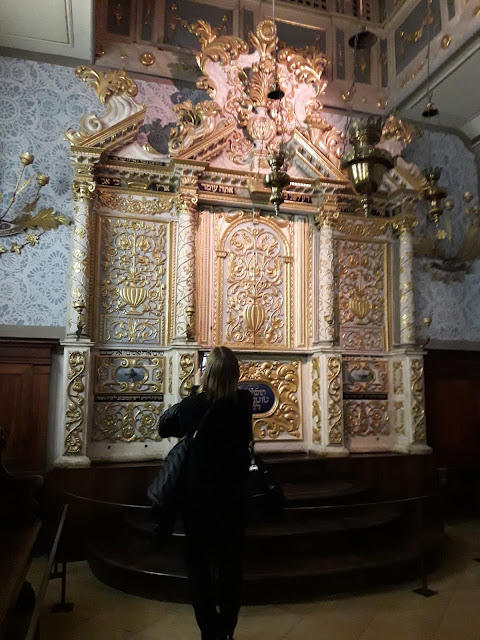 Yesterday I was in the Israel Museum and its Shrine of the Book for the umpteenth time, this time with visitors from afar. At the Shrine of the Book, it was explained to them that the text on these very ancient Dead Sea Scrolls only found in 1947 is identical to the Bible, the Torah Scrolls read by Jews all over the world even today.

Not only are Torah Scrolls exhibited in museums, but they are read from and copied by Jews all over the world. They are the source of the Jewish Religion and also studied by Jews of all ages all over the world. There never was a time in our history when we didn't study the Bible, the first five books, which are the Torah and the rest of the books with make up the Tanach, Torah, Navi (Prophets) and Ketuvim (Writings.)

The very same texts were found studied by Jewish People in Europe, Africa, Asia and the Americas. We Jews are the same People who observe the same religion. There are slight differences in customs and interpretations of the Torah Law, but the similarities are extraordinary. No other religion or people have a longer history. We Jews are the People of the Bible in every sense of the word. Of course, since we had been exiled thousands of years before the modern return, we do look a bit different from each other. When in exile, there were converts to joined us, and two to three thousands of years do have an affect as many people joined us in the belief that Judaism is the only true religion. But we worship the same Gd in the same language and celebrate the same Holidays.

Just to remind you that both Christianity and Islam were invented/established long after Judaism, and their primary aim is to replace us, Gd forbid.
Posted by Batya at January 03, 2018

Hi Batya,
I was reading your latest, which caught my eye and sounded like an interesting read.. and then scrolled down eagerly.. and no nothing more..

I think you're right. This isn't complete. I was planning on writing more. Oops

Thanks, will wait patiently..
One thing i have learnt ..patience--albeit the hard way and many many years.

Stella, here it is. Sorry