The media is so negative when it comes to idealistic Zionism that we all need some good "booster shots" periodically, and attending the prize-giving ceremonies put together for the Moskowitz Zionism Prize are just perfect. For various reasons I hadn't been to one for a few years, and I'm glad to have come this year. 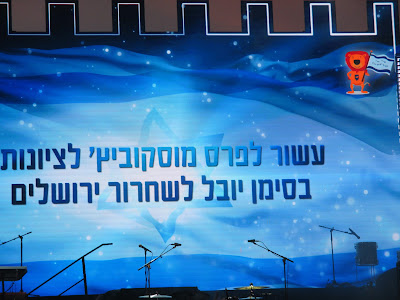 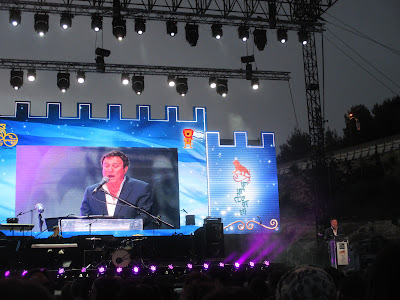 Yehoram Gaon was the MC, and he did a phenomenal job both singing and providing the necessary introductions and background. Apparently, he had been invited to perform for visiting US President Trump and entourage but respectfully declined because it was at the same time as the Moskowitz ceremony.

The Moskowitz Prize has evolved over the years. It used to be that three people got the main prizes, and the audience was full of their families, friends and admirers. The program stressed the accomplishments of these magnificent individuals and was interspersed with amazingly photogenic and kitschy performances with the backdrop of Ir David, City of David.

This year it was at the much more accessible Sultan's Pool, between Jaffa Gate/Mount Zion/Old City Walls and Yemin Moshe. And instead of a variety of awardees, there was just one, the incomparable Moshe Arens. Arens is one of the last of a generation of Israelis, originally from the states actually, who was involved in a totally amazing amount of Israeli History. Yes, he's definitely worth prize recipients, or more. 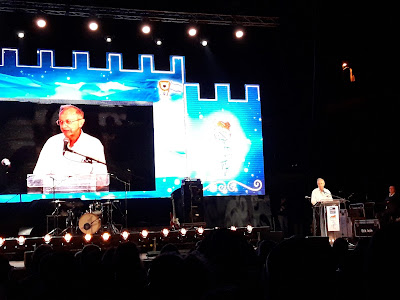 One of the highlights of the event was certainly Education Minister Naftali Bennett's speech. There was a double theme of the evening, which were that it's ten years since the prize began and the fifty years since the Liberation of Jerusalem and the Six Days War. 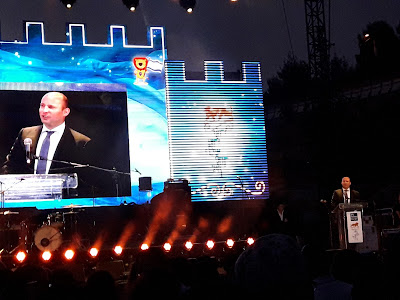 Bennett gave a personal aspect to this, by telling how the tension and Arab threats before the war, plus the miracles all of my generation and older remember so clearly affected his parents.  According to Bennett, pre-Six Days War, his parents were typical unaffiliated assimilated Jews living in America, but the extraordinarily miraculous Six Days War woke up their Jewish identity and changed their lives completely. That's how they ended up making aliyah and discovering Torah Judaism.

A large proportion of the audience were teenagers. Schools came to attend, and it wasn't for the Zionism booster shot. There were some popular entertainers, two generations younger than the veteran Israeli star Yehoram Gaon. I whispered to my husband:


"Am I the only one who has never heard of these singers?"

As soon as the "concert" part of the evening began, many of us old fogeys left and went home. We had enough fun... 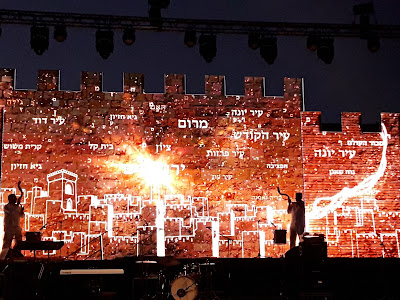 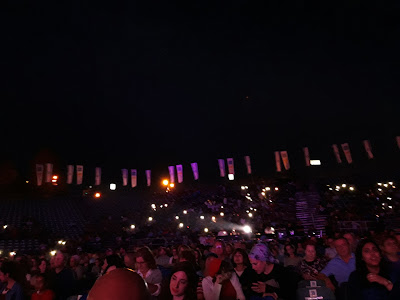 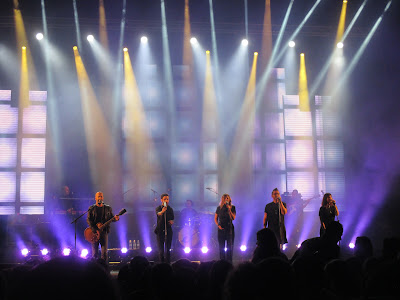 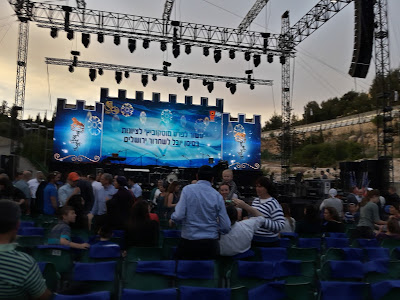 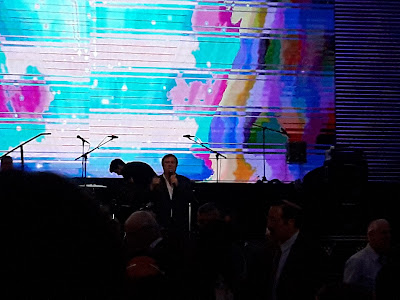 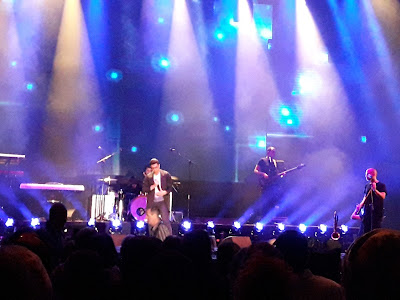 Gd willing.
Remember that a speech is just a speech.

Yes, a speech is just a speech.

"You must remember this:
A kiss is just a kiss,
a sigh is just a sigh."

Not even close. Trump recognises the Iranian proxy PLO/FATAH as a legitimate entity, therefore he is an enemy of Israel. If he came out to expel PLO/FATAH from Israel, then you could speak. No cigar to the blind.

In our hands not Trump