It seems like we Israelis are always complain about the treatment we get from the United Nations and its various bodies/groups/organizations such as the Security Council, UNESCO, etc. Nu, why does anyone in their right mind expect an improvement?


So, the latest insult is that UNESCO doesn't recognize Israeli sovereignty of Jerusalem. The United States State Department's defacto policy is the same. That's the key to why every single country that has diplomatic relations with Israel unabashedly insults us by placing their embassies anyplace but Jerusalem.

The State of Israel and the Jewish People must take a strong stand and stop pretending to be insulted.
Jerusalem is the Holiest City only for the Jewish People, and only we care enough to make it the wonderful modern city it is today! 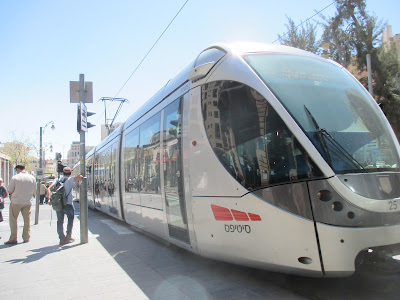 There's actually no requirement that embassies be located in the host nation's capital... Take The Netherlands for example... The capital is Amsterdam but the seat of government is in The Hague... Which is also where MOST embassies are located... Including the Israeli and USA embassies...

Yes, Jerusalem is a different case... The reason so many embassies are in Tel Aviv is very much political... HOWEVER, I think an additional reason why so many are not only in Tel Aviv but either right on the beach (e.g. the US embassy) or very close (i.e. walking distance) to beach has to do with ease of evacuation if the brown stuff ever hits the oscillating thingy...

Ancient Roman historians connected
Jews with the Land of Israel:

You know that the beach is not what makes foreign countries pretend Tel Aviv is the capital.

Tel Aviv, not Jerusalem, has the things
that make foreign diplomats happy:
restaurants, theatres, beaches, disco dancing,
many stores that cater to secular people, and
all sorts of entertainment that secular people value.

Don't make such mundane excuses. The embassy should be where the country declares its Capital.

Re: capital identification -- if the countries/media say that the capitol of Israel is Tel-A-Viv, reply in kind. Choose a city but choose one like Rotherham in the UK or identify the "capitol" of the EU as fluid, visiting historical landmarks of the EU vision for their legislative sessions like Dachau, Auschwitz and Bergen Belsen.

Yes, exactly. I've been suggesting that for years.

Batya Medad said:
"The embassy should be where the country declares its Capital."

Many foreign embassies are in New York City
(Manhattan), even though the capital city
of the USA is Washington DC.

Should all the foreign embassies in NYC
be forced to move to Washington DC?

Mr. Cohen are these actual embassies to the USA or to the United Nations? Please list them and check.