During "the season" we moved to Shiloh in the summer of 1981, Shiloh doubled in population from over thirty families to sixty plus. And the yishuv (town) also got much, much larger, because Arik Sharon who had then been Minister of Construction had decided on insisted on making a whole new neighborhood on a large hill a kilometer, as the crow flies, to the northeast of Tel Shiloh. The first homes, which were trucked in were right near the Biblical Shiloh. And permanent homes were being built just above them. But when Sharon visited Shiloh just before that Passover, he, very correctly judged that larger hill to be much more suitable for housing and living. The forty prefabricated cement homes he had sent by truck are still being lived in, though most are almost unrecognizable after having been expanded by the owners.

Our house was built on a building plot Sharon had prepared, which didn't get a house. We preferred building from scratch.

There are now close to four hundred families living in Shiloh. Not only are there one-family homes, but there are also terraced apartment buildings overlooking totally amazing views. And we've even reached the point where people buy a house and then knock it down in order to build something much larger and nicer. 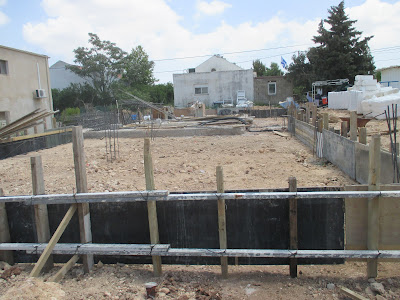 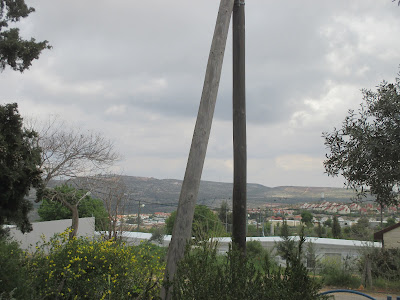 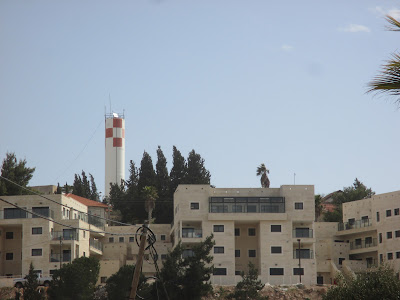 Recently, I was informed that the Shiloh will soon be doubling in size. There are that many houses being constructed or already approved for construction. The Shiloh Bloc, unlike many other communities in Judea/Samaria has a lot of State Land which can be used for housing, schools etc. And, yes, a new school campus and girls high school are also being worked on. It's to be located just above the Shiloh-Shvut Rachel Junction.

And our regional council, Mateh Binyamin, has announced that finally a proper access road to the Alon Road is getting approval. Right now we have a paved "one-lane" road, which isn't the most pleasant to drive on. But even this below standard road makes Shiloh a very convenient place to be. We're just minutes from the Jordan Valley.

Shiloh is very central. We can drive to Petach Tikvah and Kfar Saba as quickly as to Jerusalem, though you do need to change buses in Ariel if using public transportation. Also the Number Six Highway and Rosh Ha'ayin Train Station aren't far. Of course the Ariel University is barely ten minutes away from Shiloh. Lots of kids now move back home after the army and National Service to study nearby.

Shiloh is now in its fortieth year, and we've come a long way, thank Gd!

You'll see me towards the beginning and the end of the video.
Posted by Batya at May 07, 2017

Email ThisBlogThis!Share to TwitterShare to FacebookShare to Pinterest
Labels: building, building in Judea and Samaria, Shiloh