The State of Israel envisioned by Leftists both here and abroad is one that wouldn't survive in the real world. It encourages, strengthens and plays in the hands of our unabashed enemies. Bernie Sanders, J-Street and all those others are horrendously and tragically wrong!


Sanders: One can be pro-Israel and rap its government

It doesn't matter one single iota that they claim to love Israel and be pro-Israel. It just makes their stand more dangerous and more tragic. 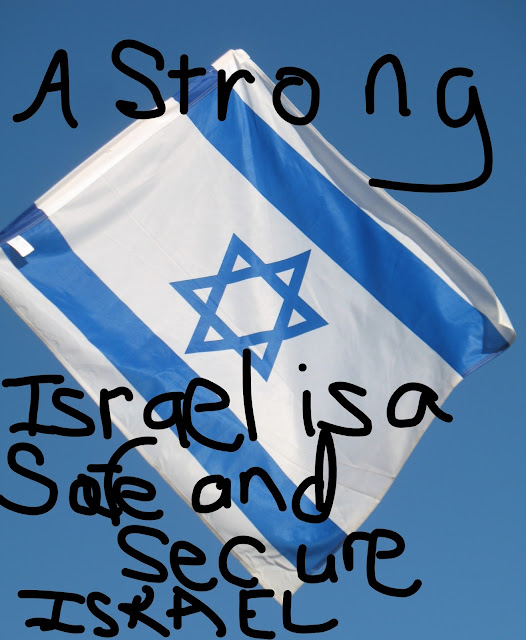 Israel is a tiny country surrounded by dangerous enemies which unabashedly proclaim their aim to destroy and replace the only Jewish country in the world. It is impossible, totally unrealistic, illogical to make peace with enemies like that.


Speaking before a conference held by J Street, a liberal Jewish American organization that primarily lobbies for a two-state solution between Israelis and Palestinians, Sanders said that "those of us who support Israel have got to tell the truth about policies that hurt the chances of a peaceful resolution." (Jerusalem Post)

Neither Israel nor the so-called "occupation," sic, is the cause for the tension and terrorism between Israel and her neighbors. Blaming Israel is a totally facetious antisemitic lie, even when said by Jews.

Anyone who reads the history of this part of the world can easily learn that the Jewish People have always had enemies that attempted to invade and destroy us. Yes, quite of few managed to occupy this land, the Assyrians, Greeks, Romans, Persians, Turks etc., but none of them has ever destroyed us.

The Jewish People/Nation is among the oldest in the History of the World. We keep on returning to our Ancestral Homeland, and each time we must fight our enemies, a new one for each generation.  And, yes, Jews like Sanders and those in J-Street have always been around assimilated into foreign cultures and supporting our enemies.

We are now in the Jewish Month of Adar, and the Holiday of Purim is less than a couple of weeks away. Read the Purim Megillah and see that then most of the Jewish People occupied by Persia were very much like Bernie Sanders, celebrating the rise of King Achashverosh and ignoring the plans of Haman. The Jewish Mordecai had to infiltrate Ester into the royal palace to save the Jewish People.

Stop listening to those drunk on foreign, non-Jewish wine and values.

We must learn from history and not ignore it!

Correct, we must learn from history (and NOT redacted history by any side) but since the victors rewrite history (on both sides) how can we expect both the truth to prevail and to create our correct destiny. Many are hitting the dart board with their thoughts and ideas, but cannot hit that elusive bulls eye.

Although victors we have reacted as if defeated.

Yes indeed. It is knowledge of history - factual history supported by evidence and opposed to narratives supported by somebody's wishful thinking - that is the kindling for the flames of this conflict. Knowledge is power is true in general, and it's especially true in a case like this.
The better we know the history of our homeland and proclaim it loudly and proudly, the less strength our enemies have.
(Of course, to our great pain, many of our own people have swallowed the false narratives and proclaim THOSE loudly and proudly instead.)