From an Expat Living in Israel For Almost Half A Century 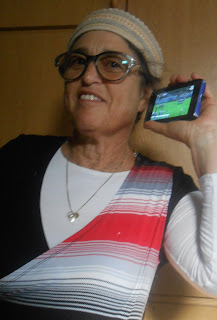 As I've written before, my husband and I moved to Israel from New York soon after our 1970 wedding. Israel is the country we know best, even if my Hebrew is still, and will always be, awful.

We still have lots of family and friends in America. Some see the American political scene the way we do, while others think we're raving lunatics. And not only do they think we're crazy, they take for granted that we're ignorant and try to correct our thinking. Sometimes this really gets annoying and tedious. I'm not ignorant. I do follow the news. I just see it differently. 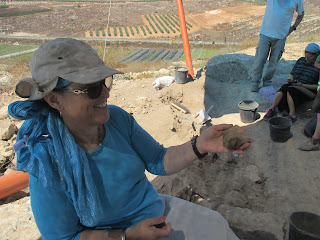 The anti-semitism and anti-zionism, which attack the legitimacy of the existence of the State of Israel, where  I live come from the American Left, not the Right.

Organizations like J-Street, and American politicians like Barack Hussein Obama threaten me personally in their policies. Just because they label themselves as "pro-Israel" doesn't mean that their policies vis a vis Israel would enable the country I live in to survive.

As I've written before, the so-called "Two State Solution" is totally unworkable and won't bring peace to the region, only war, terror and destruction. Prime Minister Binyamin Netanyahu's "conditions" of recognizing the State of Israel as a Jewish State and allowing Israel to continue being the military presence in the area, would never be accepted by the Arabs. Yes, that's why he keeps touting them, while claiming that "the Palestinians (sic) deserve a state." His hope/plan is double edged:


In a sense POTUS Trump did cooperate with Bibi when he stated that the negotiations must be between Israel and the Arabs. 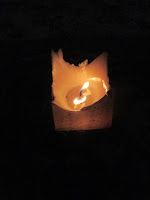 The last thing Trump has time for is putting pressure on Israel to risk all in a bad deal. I guess we should be happy about all the mess Trump has to deal with trying to get his government running smoothly. I'm sure that facilitating a "deal" in the Middle East is not high on his list of priorities, and he needs his son-in-law near him to help out in Washington DC.

Shavua Tov
Have a Wonderful Week
Posted by Batya at February 18, 2017

Wonderful post Batya. It was nice to see Israel's leader treated like the head of a respected ally and not treated like dirt for a change. Thank G-d we've friends all over Washington today. And you are right: Trump's too busy to become embroiled in pushing for a "Two State solution." (What two states? They want us to jump into the sea and leave Eretz Yisrael entirely to them!) Bravo!

Israel for the Jews and France, Germany or Sweden for the Arabs. That's a "Two State Solution"

You touched on a pet theory of mine: American Jewish disapproval of, or failure to understand, those who switched nationhoods from the American to the Israeli. I would argue that their sentiments would remain in place even if you embraced an Israeli Left perspective. Does your experience confirm or belie this?

Sara Layah, love it.
Naftali, The Israeli Left is stabbing itself in the back, because the Arabs it promotes consider them as Jewish and Israeli as people like myself. I wish they would listen to what the Arabs are really saying instead of fantasizing what they want the arabs to say and think. I hope that answers your question. I'm not 100% sure what you were asking.