In the Book of Joshua, Shiloh is one of the cities which was open and waiting for the Jewish People, unlike others which needed to be liberated/conquered in battle. The same situation existed post-1967 Six Days War. Besides the occasional pilgrim or archeological expedition, Shiloh had been deserted since after some time after the Destruction of the Second Temple in Jerusalem. 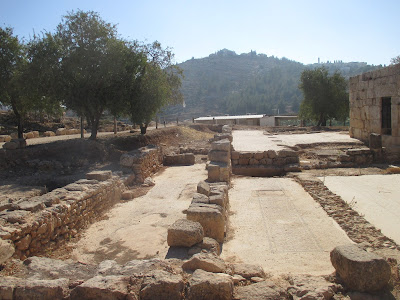 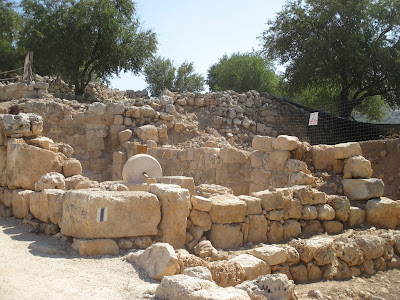 The situation in Shiloh was completely unlike other Biblical cities such as Hebron and Shechem which had attracted Arabs, Moslems. There were times until a few hundred years ago, when Christians built churches in Shiloh, but unlike Bethlehem and Nazareth, there is no narrative that directly connects Shiloh to Christianity. And the same goes for Islam.


The only religion with a historic/narrative connection to Shiloh is Judaism.

So after the 1967 Six Days War when the first group of Jews, who became founders of Gush Emunim, began thinking of important and significant places to settle Shiloh was at the top of the list. And it was davka the fact that the site was completely deserted which pushed it down from the Number One spot.

For those who may not know or remember, Shiloh was the first Capital of the Jewish Nation/People predating Jerusalem. The mobile Temple aka the Mishkan, Tabernacle, which had accompanied the Jewish People as it trekked through the Wilderness for forty years was set up in Shiloh. 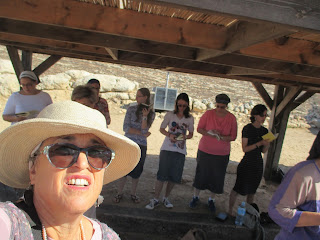 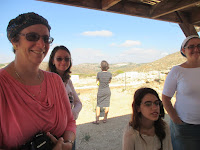 
There's lots more to do at Shiloh Hakeduma besides our monthly prayers, so I suggest that you contact them and visit. For more information call 02-994-4019.
Posted by Batya at February 12, 2017

Batya, what does the archaeology say about the so called "churches" that were built in Shiloh? Are they from the 1st century messianic movement (pre 135 CE) or are they post 135 CE Apostate Roman Gentile Xtianity sites like that found in both Nazareth and Bethlehem? There are sites that do differentiate between the authentic opposition Sadducee's (those from Masada where part of the opposition groups who fought the Romans) and that of the Apostates (see the Dead Sea Scrolls) known as "Pauline" Xtianity of which we are familiar with today. For example, the ruins is Susiya are that of the original group of Torah (Tanach only) observing Jews. Few can tell the difference.

No long term residence or national history. Part of the flitting identity theft.

You did not answer the question. Were they pre 135 or post 135 CE? Their whole thing is obviously identity theft. If it were completely exposed, Esav would be finished.

Dates are not my specialty.