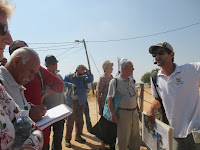 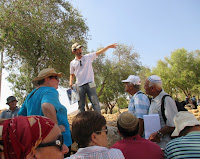 It begins with a very informative tour of the site, which has now become one of the most popular and recommended archeological sites in Israel. There were two basic tours. One was for newcomers to the site, and the other was for repeat visitors which gave us updates on the newest discoveries. As a very frequent visitor to Shiloh Hakeduma, I must say that the management of Shiloh Hakeduma, Tel Shiloh, is always working to bring in archaeological crews and set things up so that visitors will always have something new and interesting to see. 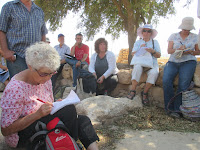 The participants were very serious and studious, constantly taking notes. I must admit that even though I had taken along a pad and pen, I just listened. 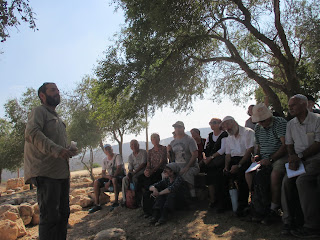 This year the tour included the reports of the individual archeologists responsible for the various sections of the site. And believe me there are so many, more than ever before.

There are a couple of reasons for this. One is that Avital Sela, the director of Shiloh Hakeduma, is doing a stupendous job getting recognition and backing from all of the government departments. Another very important reason is that Shiloh is fully recognized as the Biblical, the Ancient Shiloh. It qualifies by: 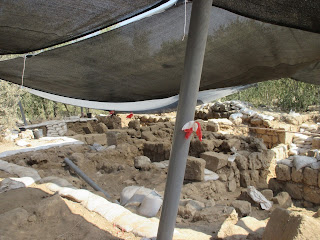 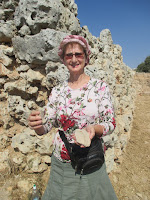 Unfortunately, most people who consider themselves knowledgeable of the Bible, Tanach, think that since Shiloh is rarely mentioned after Eli Hakohen Hagadol, the High Priest, dies and Samuel the Prophet leaves to minister to the Jewish People all over the Land of Israel, that Shiloh was deserted. That isn't true at all. Artifacts dated to First and Second Temple times have been found in Shiloh. Actually the finds have been scientifically dated from Canaanite times onward, the the Crusaders and later. The more the archaeologists dig, the more proof is found. 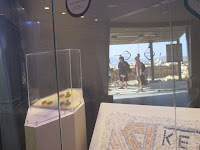 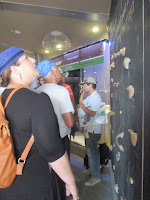 Although Shiloh was no longer the religious and administrative Capital of the Jewish Nation, as it had been for almost four hundred years, coinciding with the Book of Shoftim, Judges, there had been a Jewish presence here for hundreds of years.

That, of course is one of the reasons that the area is so rich in archaeological finds. 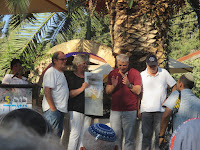 After the tour, we were treated to a full selection of lectures and panels about what has been recently discovered in Tel Shiloh and other related topics.

One of the speakers spoke about the "footsteps" which are considered very important finds. Recently, the Rimon one has been in the news, because the government is allowing the Arabs to use it as a garbage dump. 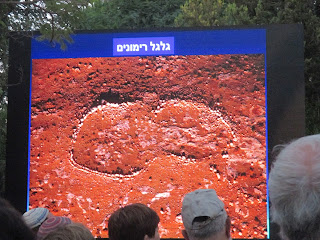 There was a very large crowd for the Fifth Kenes Shiloh from all over the country, yes, including Tel Aviv. Considering all of the amazing and excellent Tanach programs now going on in Israel this time of the year, the "Nine Days," leading up to Tisha B'Av, it's very exciting to see how many people come here to Shiloh every year. 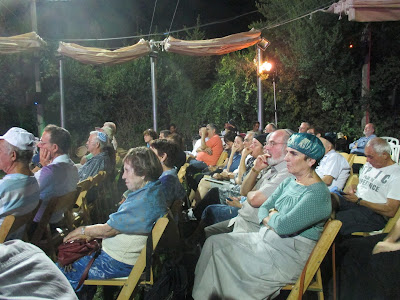 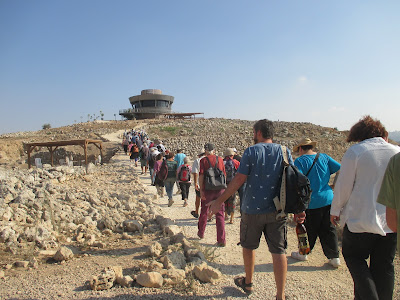 I am already looking forward to next year!
Posted by Batya at August 12, 2016