Forty-six 46 years ago, just after our wedding, when my husband and I were "packing" our few paltry possessions to take to Israel by boat, we had no role models, no experienced experts to ask advice. Not only was it decades before the advent of Nefesh b'Nefesh, email, internet, cellphones etc, but an overseas phone call to and from Israel was a complicated procedure.


station to station
or
person to person

Both options were via an operator. There was no "direct dialing" for overseas calls, and many Israelis didn't have phones at home. We had to trust that our Jewish Agency shaliach had given us correct information, and all communication to friends in Israel was by mail and the iconic aerogramme.

And even worse for our parents was the fact that they didn't know anyone whose children had made the move to Israel. For my parents, it had been hard enough about five years earlier when I had announced that I was going to be "religious," meaning keeping kashrut and Shabbat, among other things. But the idea that I'd be leaving the country, leaving America, was definitely not something they had ever imagined one of their children would do. Remember that this was in 1970, when we made aliyah, and since World War Two the American economy had been booming. Nobody in their right mind would leave it. Yes, obviously, we were nuts, and may still be...


So when we boarded the boat, the Anna Maria, Greek Line, we really hadn't a clue. It certainly didn't help that we were pretty young and very ignorant/naive. We didn't even know that a ship like that was more like a town, in terms of "population" and services. Considering that there were different areas for different "classes" on the ship, different kitchens, dining rooms, pools etc, it was like a resort town with various populations, that didn't mix.

We were with the four hundred, yes- four hundred 400, other American Jews on their way to make aliyah, move to Israel. There was a small staff of shlichim, Jewish Agency workers, whose job it was to keep us busy and together. We even put on a show the last Thursday night on the ship. My husband and I even performed some Israeli folk dances together. It was a great vacation, a buffer, between leaving family and starting new lives in Israel. I had always felt sorry for those who flew to their aliyah in Israel by plane, since you land totally exhausted and jetlagged. 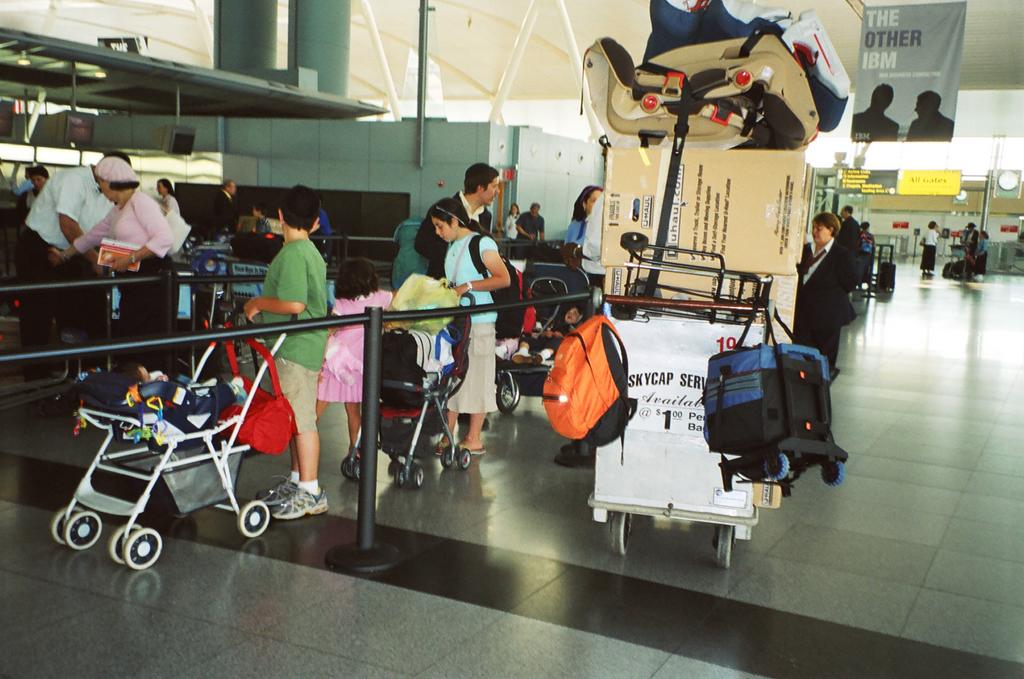 But then, just over ten years or so ago, our good friend Charley Levine, Z"L, arranged for me to fly with a Nefesh B'Nefesh flight as a journalist, which I ended up doing two years in a row. Nefesh B'Nefesh managed to turn the hectic pre-flight madness, the actual flight itself and the post-flight exhaustion into an amazing fun experience for all.

So, why davka today am I blogging about aliyah and Nefesh B'Nefesh? Two reasons, one is that my young friend HaDassah has been bombarding us on facebook about her third son's aliyah which is right now. Here's the post she wrote about son #2. And another reason is that well-known comedian Benji Lovitt recently blogged about his ten 10 year aliyah anniversary, and I first met him on the plane coming to Israel. Here are some pictures I took then: 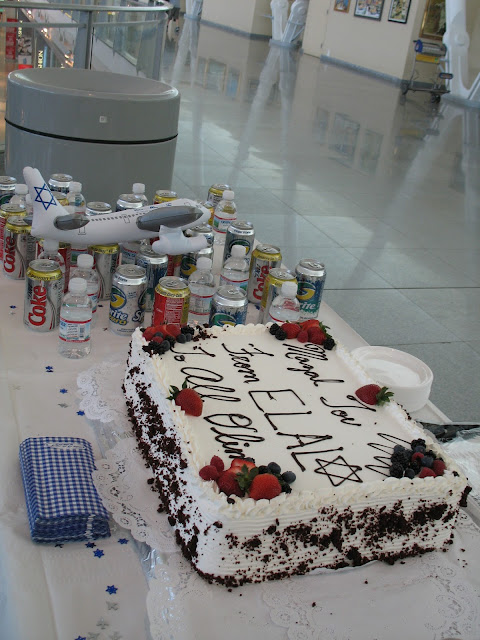 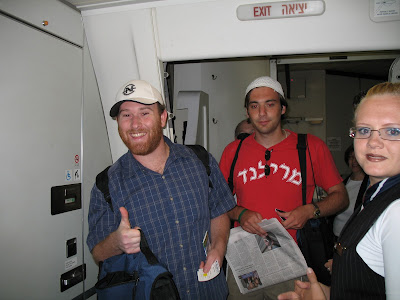 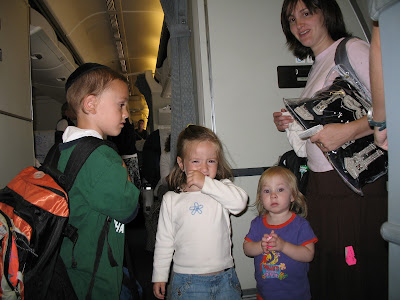 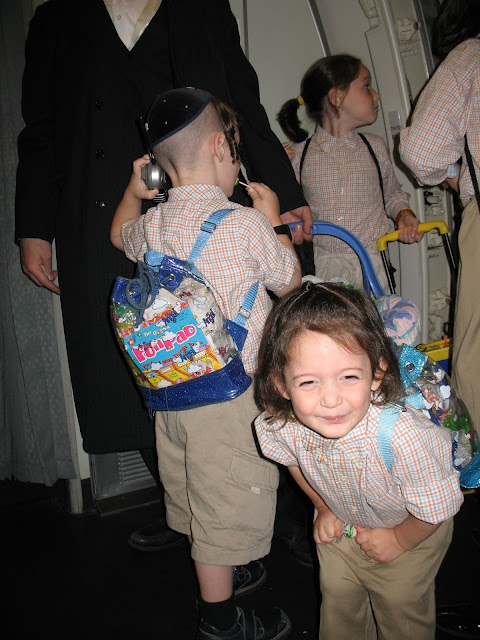 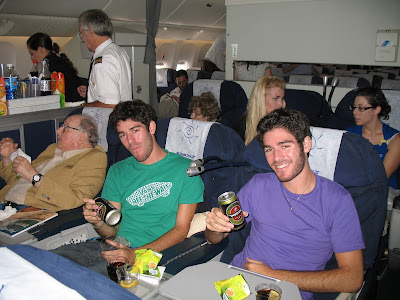 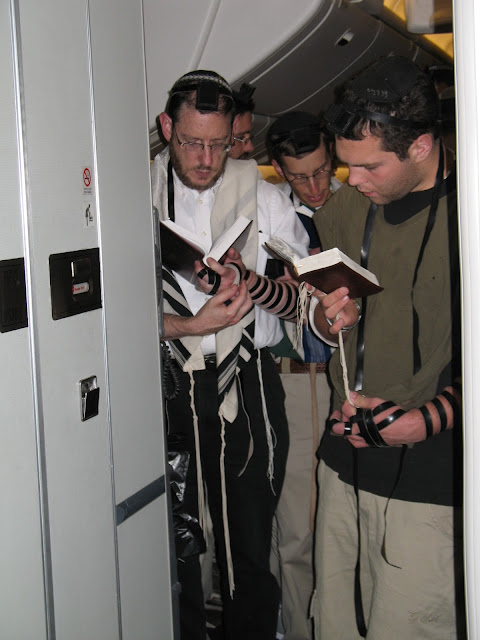 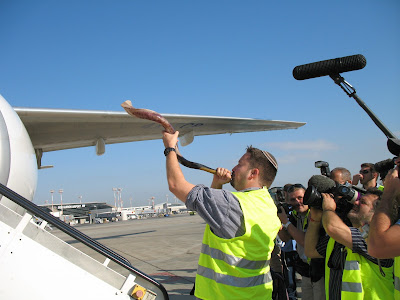 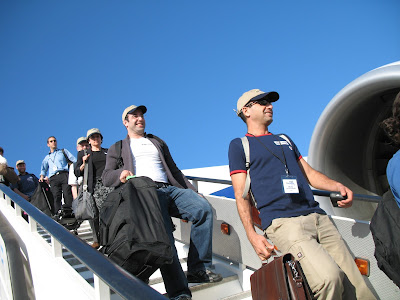 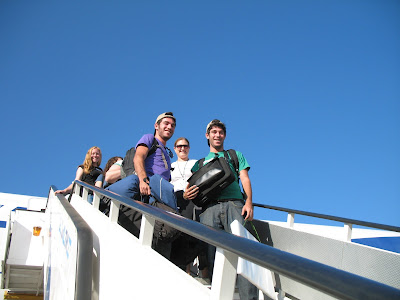 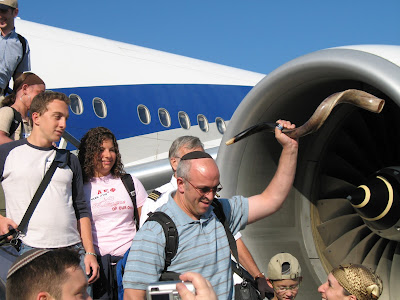 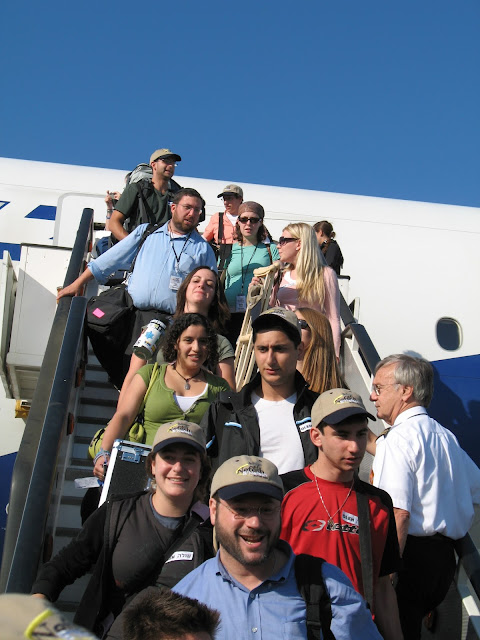 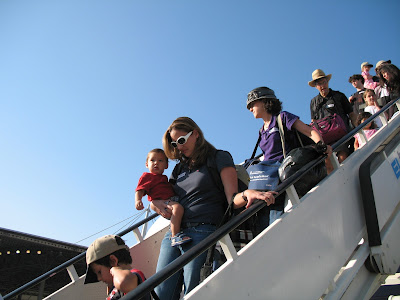 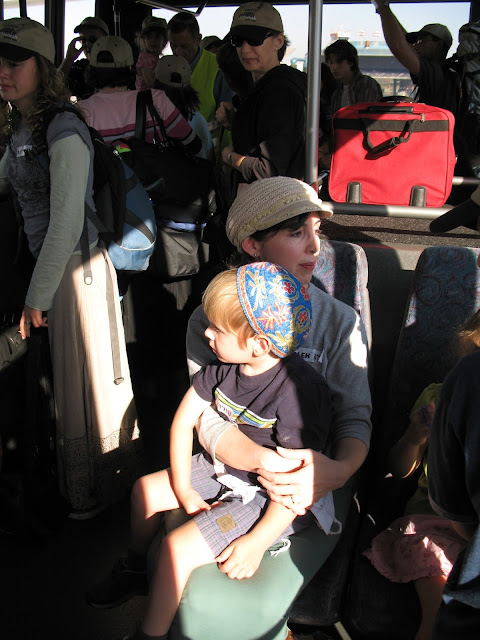 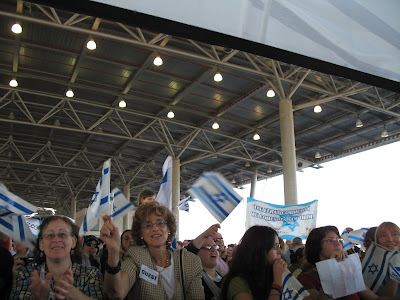 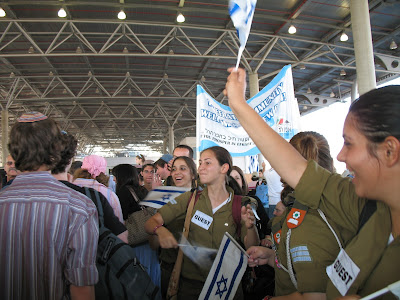 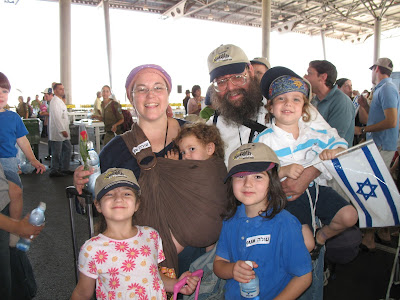 Love you all.
Thanks for sharing.