Dangerous All Over! I'm Not a Terrorist! 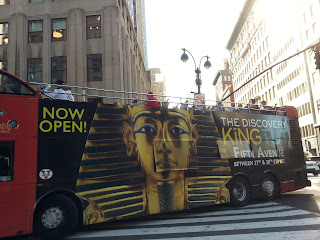 I just came back from New York, and when I was buying my tickets to go I very seriously mulled over getting much cheaper tickets, but...

But the cheaper ways of going from Israel to New York require changing planes in Europe. And I'm not being crazy paranoid to feel that it's probably not the safest place to be. In addition, around the same time I realized that I had to make the trip, I had heard that there were threats of airport strikes there, or some such thing.

So, I don't know if I did the right thing or wrong thing by getting the more expensive direct flight. Only "Murphy" knows for sure... I did try to save money by traveling to and from the airport as cheaply as possible.

I had barely landed, just gotten home, turned on the television and there was news of another terror attack in Europe:

That's right; Europe is not a safe place to be. Neither is America. It's no different than Israel; I guess. I still feel safer here at home. Most people are the same. Wherever home is we feel safer.

With all going on in the world, I'd like to know why I was singled out for a rather unpleasant inspection. I have a feeling it was the same woman who inspected/harassed me for no reason a few years ago. At JFK, they seem to count randomly to make people get the zap inspection. My "zap" wasn't good. The simple lightweight necklace I was wearing was deemed potentially dangerous, as was the zipper on my skirt. So this big black TSA lady told me to turn around or come with her for a more private inspection. I said that I must see my bags at all times. She said that I'd get them when she's finished. She kept yelling at me for turning my head to watch my bags. Then some kid in a "Camp Emma Kaufman" t-shirt touched my bag, and I complained, and she called a supervisor to yell at me. I think she was told to calm down, because she finished quickly and stopped telling me to face away from my bags. There was no reason for the inspection, since I showed her the zipper and could have taken off the necklace.

When I was on line to board the plane, the worker was told to stop just as she had put my boarding pass in the machine. It was pretty clear to me that there was a "traffic jam" trying to get into the plane with all the baby carriages and wheelchairs. The worker was also a large black woman, but we ended up having a great talk. She told me about her family, and I told her about that awful experience, so unlike Israeli security which sees me as a person and profiles. It makes more sense than the 1, 2, 3 sic! which is done in the states.

We [Jews] need not apologize about our successes.

We earned them, the hard way.

We need not be apologetic or defensive about our power in America.

For we have seen what can, and will, happen if we abdicate that power.

Our history as a people demonstrates that we need more power than others to survive.

That is one of the important lessons to be learned from thousands of years of anti-Jewish bigotry.

I am reminded of it every time I open one of my poison-pen letters.

We are not the Swiss and our history is not one of being left alone.

It is one of constant victimization and repression.

Without power – indeed, without power disproportional to our numbers – we continue to be victimized.

We should strive to enhance our power on every front.