Not "PC," Let The Convicted Terrorists Kill Themselves

Politicly Correct I am not for sure. So, you shouldn't be surprised that I am against force-feeding the convicted Arab terrorists who hunger-strike. Honestly, I believe that they should be executed, just like Israel executed Adolf Eichmann in 1962. 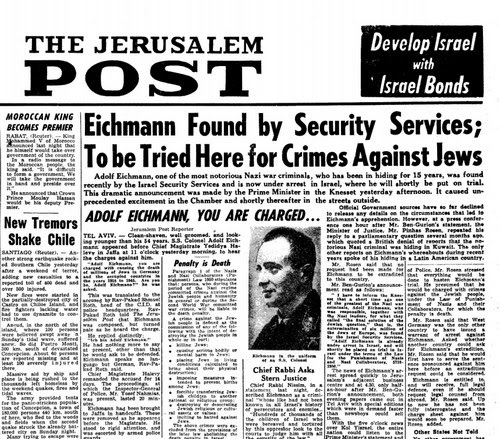 Honestly, I don't see any difference at all between the Nazis and the Arab terrorists. Their aim is the same, the destruction of the Jewish People. I consider it a tragic and dangerous mistake that Israel treats Arab terrorists as ordinary criminals and not like those bent on genocide against us.

It's ironic that a doctors human rights group agrees with me about the convicted Arab terrorists but for different reasons.


Doctors associations object because it places responsibility on physicians to carry out invasive treatment of prisoners in spite of their preference and right to autonomy. (Jerusalem Post)

I don't think that those terrorists really want to die. They just want publicity. Call their bluff and let's see how many really kill themselves.

This post was shared on the Haveil Havalim blog.

Your can check out the Haveil Havalim Carnival Blog at https://enjoyingthebible.wordpress.com/2015/06/20/haveil-havalim-fathers-day-and-more-from-enjoying-the-bible-online/