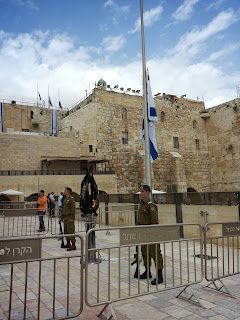 Jerusalem is and has always been the Capital City of the State of Israel! And Jerusalem has been the most important city for the Jewish People/Religion/Nation. It is well documented in the Bible, a document/testament recognized not only by Jews but by Christians and others, too.

So why has the United States Government, State Department and now the American Supreme Court refused to recognize this fact?


The US Supreme Court on Monday struck down a law that would allow American citizens born in Jerusalem to have Israel listed as their birthplace on passports, handing a victory to President Barack Obama's administration.
The Obama administration argued that the law unlawfully encroached on the president's power to set foreign policy and would have, if enforced, undermine the US government's claim to be a neutral peacemaker in the Middle East. (i24 news)

It is davka this continued American policy, from the day that the State of Israel was established in 1948, which is interference and shows that the United States is not "a neutral peacemaker," pure and simple!

The United States, regardless of the various presidents and their affinity or hostility to Israel, has never been anything close to neutral. Starting with Harry Truman who needed personal arm-twisting to get the State Department to vote in favor of recognizing Israel in the United Nations to Barack Hussein Obama whose obvious antipathy to Israel can't be hidden, there has never been an American President willing to do what they do for every single other country in the world and recognize its choice as Capital City. It's popular to promote transferring the American Embassy to Jerusalem when campaigning, but no president has ever done it after being elected.

Can you name me any other country that is snubbed and insulted like Israel is?

It is the right of a sovereign country to choose its own Capital City!!!

As I've written many times, the best response would be for Israel to transfer all of its embassies to cities of its choice. Do this for every single country that refuses to recognize Jerusalem as our Capital City.

There is only one logical reason for this horrendously insulting situation. Call a spade a spade.  It's ANTISEMITISM!!
Posted by Batya at 8:09:00 AM

Maybe Batya since the world is a reflection of us, we are the problem. Why is our gov't here NOT taking the bull by the horns in stopping this game called the two state solution. When we stand up to the world, annex Judea and Samaria, expel the worthless Arab leaders and built this great country, do not expect the world to back off. They are waiting for us. We create our destiny, not the goyim. Understand?

Maybe if that is what happens on our kids', grandkids' etc. passports, maybe we don't really want that American citizenship. IRS wants you to have American citizenship, too, so they can dun you for taxes throughout the world, unlike just about any other country. Jews, come home to Israel!

As your husband pointed out in his own post, the US State Department is not even faithful to the defunct "corpus separatum" in describing the present-day reality of Jerusalem.

It has to with political considerations, not matters of law or even justice.

And yes - at the root of the world's refusal to acknowledge Jerusalem is Israel's capital is anti-Semitism.

Lets stop screaming anti-Semitism, we need to be proactive in our destiny, not eternal victims.

Right on as usual Batya!! Bloody EEJITS!Let them all go to HE*L as far as I am concerned!

Judith, you are right. But it takes tremendous faith, we don't have it. We also don't believe God can send the answer though we pray for it. You have all sealed your fate, sad those religious leaders let you down. History repeats.

How about declaring the US & any OTHER country that doesn't recognize our Capital as persona non grata in Yerushalayim? Close down all of their "consulates," and remove ANY and all of the "palestinian" offices in our Capital as well. This in addition to Batya's fine suggestion of moving our US Embassy to New York or anywhere BUT Washington DC, etc. And I completely agree with Shilo above, that we need to "annex Judea and Samaria, expel the worthless Arab leaders and built this great country."

"Anti-Semitism",,,,,,, does this mean in the U.S. higher court of Law that the state of Israel and it's inhabitants that call themselves Jews are not real Jews or considered by the world to be not real Jews? Anti-matter is not matter in essence, but it is present,,, anti-Semite would mean not a Semite and it has in our current day has/is always referred to white Jews, never used in reference to Palestinians or even crimes, civil violations of black Ethiopian Jews. Perhaps the court just sees this state of Israel not ready on the spiritual, civil front to have the holy name Jerusalem attached to Israel,,,, or the other way around.

The reality is "Born in Jerusalem, the city of Peace but not born in Israel,,,,the state of Israel. That is clear, it is evident, it is the reality. RSJ

“Of course, the BDS movement does not really want to kill all the Jews; they just want boycotts, divestment and sanctions against the State of Israel, until the nation is so weak, it can be overrun by its enemies, so THEY can kill all the Jews!

“The key point is just because BDS-ers are trying to destroy the Jewish state alone out of all the nations; just because they are holding Israel to a higher standard than other countries in the region; just because they are targeting the ONE land in the Middle East land where people are free and differences are tolerated; that does not mean they are anti-Semitic; they are probably great people, who just hate Jews.”

PS 1: I humbly suggest that this web site link to the web sites shown above,
and write articles about the organizations behind them.

PS 2: Since Orthodox Jews are increasing as a percentage of American Jews, they should also increase their participation in pro-Israel organizations, to compensate for the declining numbers of non-Orthodox Jews.

Looks like you guys are having a nice active conversation without my help.

We need to check if, back in 1939 or 1940 when the Soviet Union handed Vilna over to Lithuania, and Lithuania then moved its capital to Vilna, which Poland had occupied since about 1920, if the United States government refused to recognize it and insisted that Kaunas was still the capital.

This was still an issue later, after mid-1940, because the United States never recognized the incorporation of Estonia, Latvia and Lithuania into the Soviet Union. (and now they are part of NATO, and people are wondering if Putin is going to test that.)

I think they must have recognize the incorporation of Vilna into Lithania, but the question is did they do it before the Yalta agreement of 1945, which recognized new borders for Poland, and let Stalin keep everything he had negotiated with Hitler, on the condition that there would be free elections in Poland.

Sammy, considering the fluidity of borders all over, why did Israel champion the "green line" so rigidly? The rest of the world followed suit, but I'm convinced that if we had immediately annexed it all with a clear "butt out," the world would have accepted it.